Originally named “Prayag” meaning a place for offerings, Allahabad is the oldest living city in India. Founded in the year 1583 by the famous Mughal emperor Akbar, Allahabad has ever since seen a lot of changes and developments. What makes this place one of the most visited in India is the fact that it is located strategically on the confluence of three holy rivers, Yamuna, Ganga and Saraswati. This town is mostly thronged with devotees and pilgrims from all around the world who flock here to witness the magnificence. Home to numerous temples and other Hindu pilgrimage sites Allahabad is also the center for one of the largest Hindu festivals in India, Kumbh Mela, which is attended by millions of devotees.

Our specially designed tour packages of this holy city guarantee an unparalleled experience. Taking you on a spiritual journey from Vindhyachal, Ayodhya, Chitrakoot, and Varanasi to a comprehensive temple tour of the city complete with local sightseeing we ensure that you have a stress free experience. Take your family and loved ones on a fun-filled adventure of the oldest and one of the most spiritual city in India. Allahabad ensures your trip to be a successful one by offering its visitors an appealing weather, picturesque sceneries, mouthwatering local food complete with the vibrant temples, colorful ghats and teeming bazaars.

Our temple tour packages include visitations to some of the most important and significant temples for Hindus including, Somnath Mandir, Kashi Vishwanath Mandir, Sankat Mochan Mandir along with a soul-enriching experience at the Triveni Sangam. Allahabad has always been the centre for cultural, religious and industrial development making it one of the most sought-after destinations in India. Explore the holy city, the abode of gods, in a way which will leave you with a lifetime worth of memories.

Apart from being one of the focal points of Hindu religion and culture, Allahabad is also known for its delicious food, vibrant ghats and surprisingly polite population. Allahabad is the perfect blend of an ancient past and the rapidly developing present. Being a part of the western Gangetic plain region, the city offers some of the most comprehensive collection of flora and fauna. If you are looking to enjoy and Take in the whole feel of India and experience the realness of the sub-continent then availing one of the numerous available Allahabad tour packages will do the job. 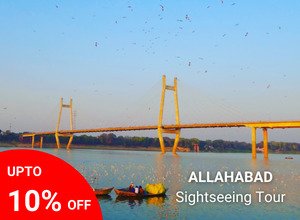 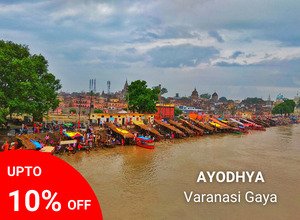 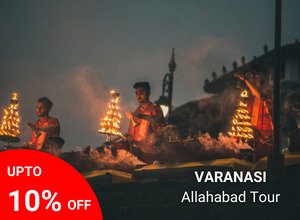 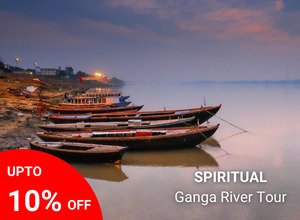 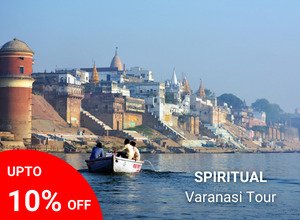 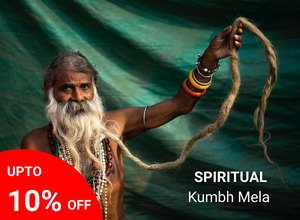 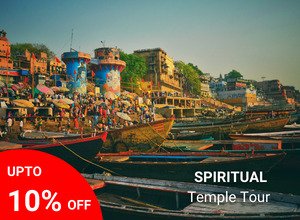 A. Here are some special factors that makes allahabad worth a visit: the triveni sangam (the confluence point of 3 rivers, ganga, yamuna and saraswati), it is one of the oldest surviving cities, kumbh mela, the new yamuna bridge, local arts and handicrafts, delicious foods and more.

Q.What is the most famous food of Allahabad?

A. Pooriu sabzi or kachori sabzi is the most famous food in allahabad.

Q.What can i buy from allahabad?

A. Allahabad is a cultural centre and some must buy things here including items like: sandalwood, puja items, small souvenirs, food items etc.

Q.How much will a 2 day tour to Allahabad cost?

A. A typical 2 days of allahabad tour with family including stay and food will cost 10K rupees to 15K rupees.

Q.Is allahabad a safe city to travel in?

A. Yes. Allahabad is a very safe city to travel for tourists. It receives visitors, devotees and tourists throughout the year so over time it has become very famous and safe for tourists.