The majority of people who go on holiday don’t plan on doing anything too exciting. It’s not because they want to lie around the swimming pool all day, but most places can’t offer you enough adventurous things to fill even 10 Percent of your itinerary. I guess the Gold Coast stands out when you compare it to other sunny locations around the world. Ask the locals and they’ll tell you there is more than enough for them to see and do, so to make sure you can fit some of the more out-of-the-ordinary things into your few weeks on the Gold Coast, we’ll take a look at the places you won’t want to miss.

Take A Ride On The Aquaduck 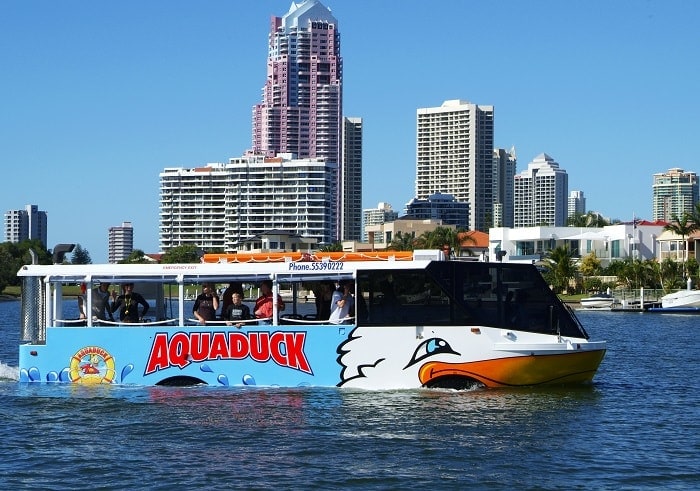 Is it an aeroplane? Is it a boat? No, it’s an Aquaduck. If you have children you won’t want them to miss out on experiencing the first Aquaduck of its kind in the world. First you’ll drive along on dry land admiring the sights, and suddenly you’ll drop into the water where you’ll experience all the wonders of the Gold Coast from the bay. It’s got to be the most unique thing you’ll experience on your trip, but because of the sights you’ll get to pass by it’s a lot more fun than sailing through the water on a funny-shaped bus resembling a duck. 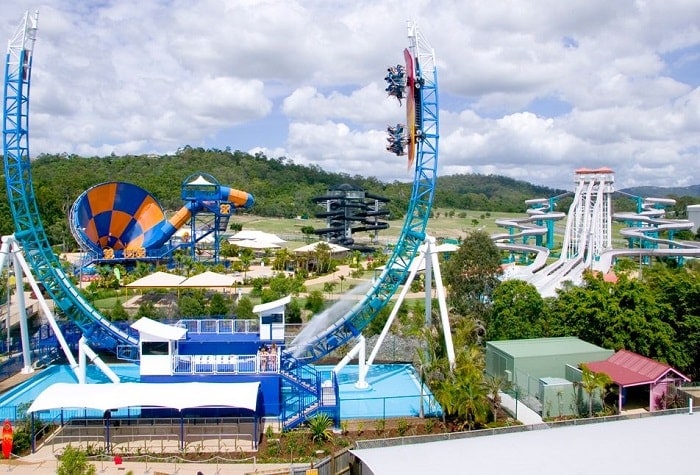 The Gold Coast currently has the largest concentration of action-packed theme parks in the Southern Hemisphere, and they’re the perfect choice for those who want to spend the whole day buzzing on adrenaline. The best ones you shouldn’t miss will let you blast through the trees on skylines, while you hope you don’t fall tragically to the ground below because of the snapping crocodiles waiting for their next meal. Although these rides only last for seconds, there are plenty of high rope activities to keep you active if you’d like to spend even more time off dry land.

Get Involved In the World of Surfing 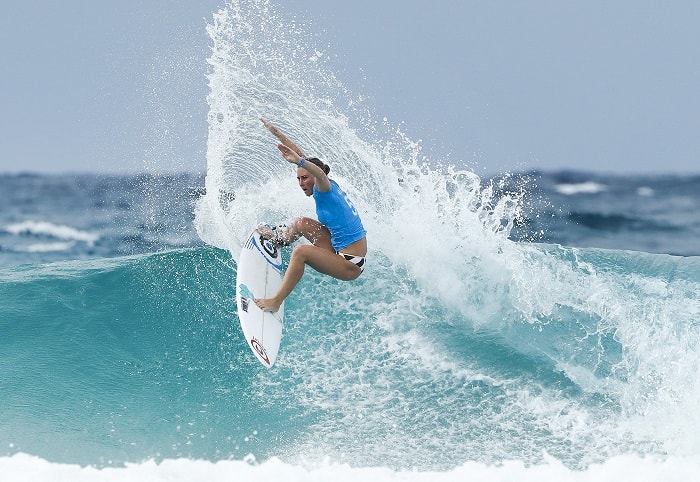 I know you’ll have already thought about surfing when you hit the Gold Coast, because it’s one of the best places to learn. Instead of visiting a surf school, you should pay a visit to the only surf school in the Gold Coast, Surf World. Don’t worry about any other museums you’ve visited in the past, as this one is in no way boring. You’ll learn about the history of the sport and the impact the Gold Coast has had on it, plus there will be boards there you’ll be amazed by. This is one of the top picks because you’ll be so pumped to hit the water as soon as you leave.

Pretend You’re A Formula One Driver 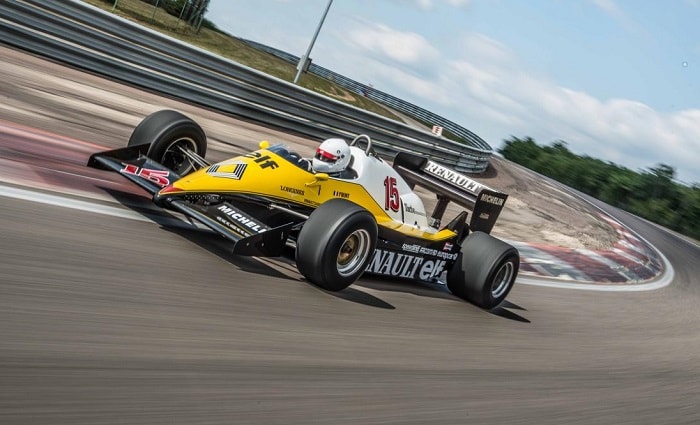 Australia is now home to the first race of the Formula One season, and although it’s further south you can still get a kick out of blasting around a go kart track. There is even one very close to Surfers Paradise, and unlike go karting in other places the ones on the Gold Coast involves tunnels, bridges, sweepers, and other unique things to make the tracks interesting. The engines in the karts are also very powerful, so it will actually feel like being in a Formula One car to the average person.

Strap A Jetpack To Your Back 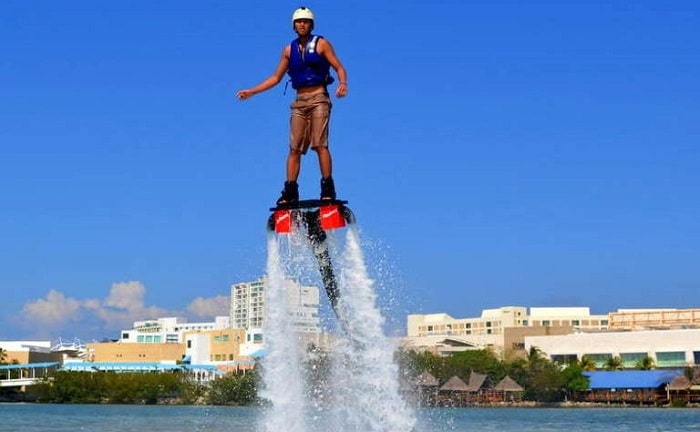 Have you ever wondered what it would be like to be an amphibious version of James Bond? Watch any of the films and you’ll see some of the coolest gadgets around, and you’ll get to experience some on the same level during your time on the Gold Coast. Perhaps you’ve heard of jetpacks already because they are becoming well-known, but you’ll also be able to fly through the air on jet-powered boards and bikes too. The boards might actually remind you of Back to the Future more than they remind you of James Bond.

Stay For As Long As Possible 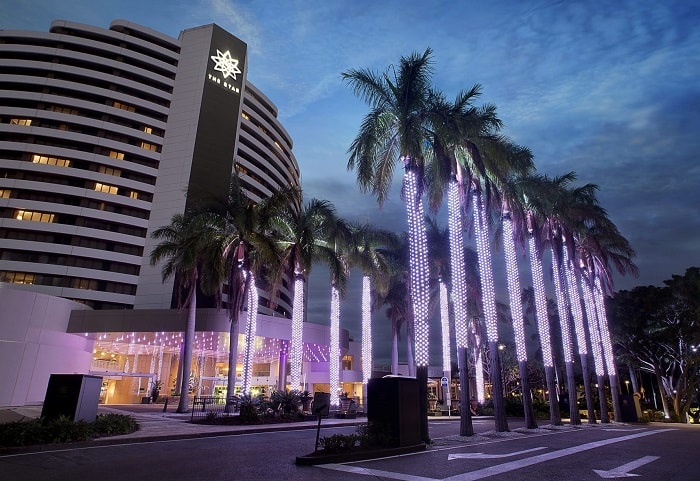 You’ll soon realise there aren’t a lot of places with so many exciting things to do, so if you’ve not booked your trip to the Gold Coast yet it would be wise to stay longer than you originally planned for. Don’t forget you need time to relax and chill on the beach too, so try to fit lots of adventurous things into your trip and you won’t be able to get out of bed for a week when you get home. At least you’ll be able to say you’ve had the best few weeks of your life Gold Coast style.

Australia is well famous for its wonderful beaches, deserts, open airy spaces. There are so many wonderful places which attracts people. As it is one of the smallest continent but the largest country in the world, it has lowest air pollution in the world, low population density. It is only a continent which is covered […]

Australia’s earliest commercial wine-producing area has been generating its own vintages since the early Nineteenth millennium. Eventually, the Seeker Area has developed into a favorite end of the week getaway for Sydneysiders, famous for its traditional housing, laid-back mind-set and self-indulgent Cuisine and consuming field. Unwind Seeker Valley Best of all, if you are based […]

Things to Do In Perth City

So! How can i not blog about Perth right? Time has gone pretty far out and i still have fond memories of this quiet little city and i am ready to share with you guys. I did some related post to Western Australia in the past months which you can read if you click here. […]