The hill station of Shimla is home to some of the best wonders in the northern part of the country. Shimla served as the summer retreat to the British army and even the Indian army has a major cantonment in the hills. Its strategical positioning led to the establishment of a world-class museum dedicated to the armed forces. Let’s know more about the Army Heritage Museum in Shimla. 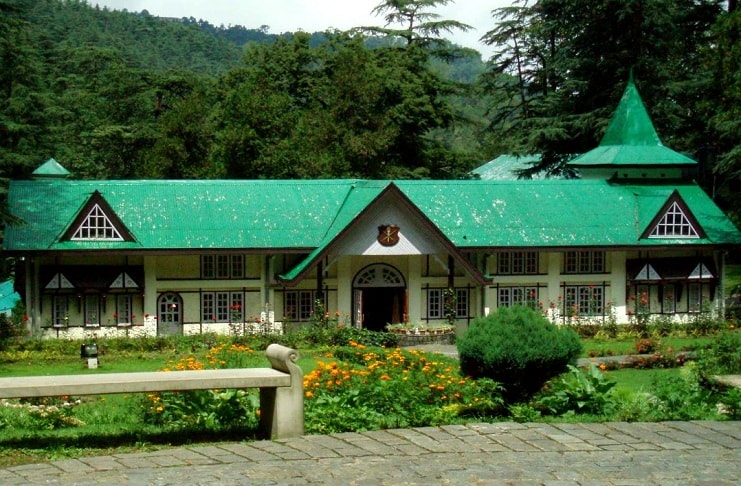 The region of Annandale, which is quite popular and strategically located in the hills, is a wonderful place to enjoy the serene, snow-capped peaks of the Himalayas. The region also takes pride in being the home to a fantastic piece of remembrance to the armed forces, the Army Heritage Museum. In case, you’re coming from the national capital, you can explore this astonishing museum on any weekend and even take a Shimla to Delhi taxi to return. The region of Annandale is a popular among tourists visiting Shimla, as you can undertake a lot of recreational activities like cricket, athletics and even polo.

The huge collection of items from the armed forces at the Army Heritage Museum will keep you in awe and it is indeed a lucky feeling exploring the different sections of the museum. You can enrich yourselves by taking a glance at the huge collections of items kept in the museum. The Indian Army’s history dates back to 2500 BC, so you can easily imagine the kind collectibles you’d encounter here. From ancient weapons, large ammunitions to the life history of gallant personalities, you can find it all here.

The various sections of this museum includes information about great military leaders, uniforms of the Indian Army (pre and post-independence), ethos of the army, relation between army and the nation, information about UN peacekeeping forces, arms, weapons and ammunitions (both ancient and modern India), the different flags and bands of the army, the contribution of personals to sports and games, the numerous awards, honors and recognition provided to the brave soldiers, past history of Shimla, and the conservation of flora and fauna of the region. The Army Heritage Museum in Annandale was established in 2006 by the Army Training Command of Shimla.

Army Heritage Museum is separated in different sections, each showcasing the motto and the culture of Indian Army. Right from the ancient day Indian Army to the modern, technologically developed Indian Army, visitors will get to know about all. The important achievements of the great Indian warriors are enclosed in a separately enclosed section. You’ll also be enlightened about the other great warriors in the sub-continent who ever existed, like the courageous Maharana Pratap, Rani Laxmibai, Shivaji Maharaj, Guru Gobind Singh, Tipu Sultan and more. You’d also learn about the other great leaders in the army like Field Marshal Manekshaw, Cariappa and many others who lost their lives safeguarding the domestic territories against the enemy assault. Important and rare documents like the surrender letter of Pakistan after the 1971 war can also be found here.

If you’re interested in how the Indian Army’s demolition system works, there is a separate section showcasing the various arms and weapons used since ages. You can find many ancient items like bows & arrows, swords, spears, single-barreled and double-barreled rifles and even the semi-automatic Kalashnikovs.

The city of Shimla is well known for its scenery, chilly weather, handicraft shops, the ‘chai’ and what not. This snow-clad beauty has been a main tourist spot for years now and has gained prominence for its mountainous expanse and lush green surroundings. Yet those who visit Shimla are sure to here another side of […]

Snowy peaks, valleys, narrows pathways and steepest of falls are what comprises as the beauty of Himachal Pradesh is known to hold many of the picturesque and hill stations. Himachal virtually peppers up the tourism map of the state. While the entire state is stuffed with adventure destination, religious sites, inviting trekking routes, and eco-tourism […]

Popular Places to Visit in Shimla

Breathtaking and enchanting lakes, snow-peaked mountains, greenery all around, and pleasant climate are the key elements that define the overall beauty of Shimla. Popular as Queen of Hills, Shimla is one of the most preferred travel destinations that matches with the theme of holidays one is looking for like if you are a newlywed-couple then […]