A land, which celebrates every hue of nature with its rich and magnificent culture, surely needs special care to be explored. If it is the majestic forts and palaces that dominate tourists’ itinerary in Rajasthan, then it must be the mesmerizing folk music that will rule over your heart. As the local artist starts playing heart-soaking folklores with hypnotic tunes of sarangi and shehnai, the entire nature seems to join them on their romance with the music. What if the swaying postures of a Rajasthani lady clad in traditional attire add to the opus? Rajasthani folk dances also leave no effort to bewitch you.

An extensive visit to Rajasthan will surely take you to a wonder carpet voyage to the imperial age, but the fragrance of its amazing culture gets mingled with your tour, clandestinely and quietly. Discover a new aroma of life through the music, dance, handicraft, food and festivals of Rajasthani people. 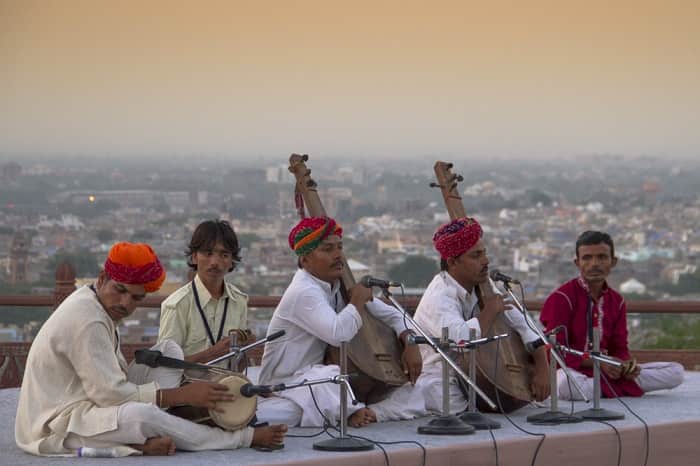 Rajasthan Culture Tours The land of kings Rajasthan had always been imperial in its taste and elegance. The erstwhile kings were ardent patrons of music performance and hence it was the royal courts of Rajasthan where the art flourished the maximum. Rajput gallantry and chivalry used to be the obvious element of literature then, which when roped in melodious Rajasthani folk music, had given birth to ‘Rasos’. The traditional bards still give their best while singing these traditional songs narrating the bravery of Rajput heroes.

The unique use of instruments also makes Rajasthani music charming and enchanting. Shehnai, Morchang, Chang, Khartal, Manjeera, Nagara and Ravanhatta are the mostly used instruments that accompany with Rajasthani songs to give them a new dimension. 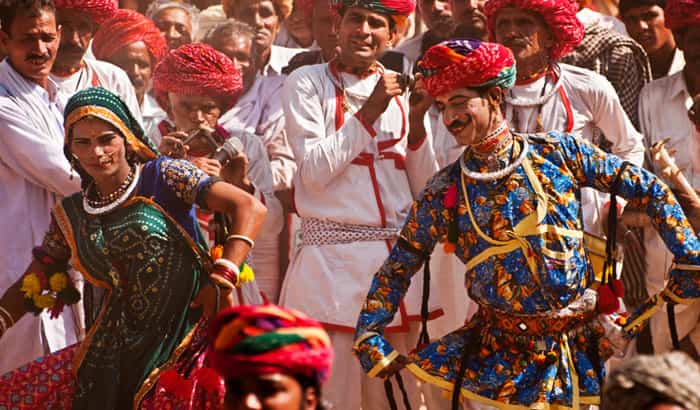 Just like music, Rajasthani dances also leave their permanent impression in the hearts of tourists. The most popular dance is the ‘Sapera Dance’ or ‘Snake Dance’ where the lady dancer clad in traditional black attire sways her body like a snake. No fair in Rajasthan is complete without Sapera Dance performance. Fire dance is another famous form of tribal dance where the dancer dances on a large bed of flaming coals. This breathtaking dance is mainly performed in the Bikaner region of Rajasthan. Ghoomar, Kachchi Ghodi, Terah Thali, Geendar and Charee Dance are some of the other dance forms of Rajasthan that are famous for their charming style. 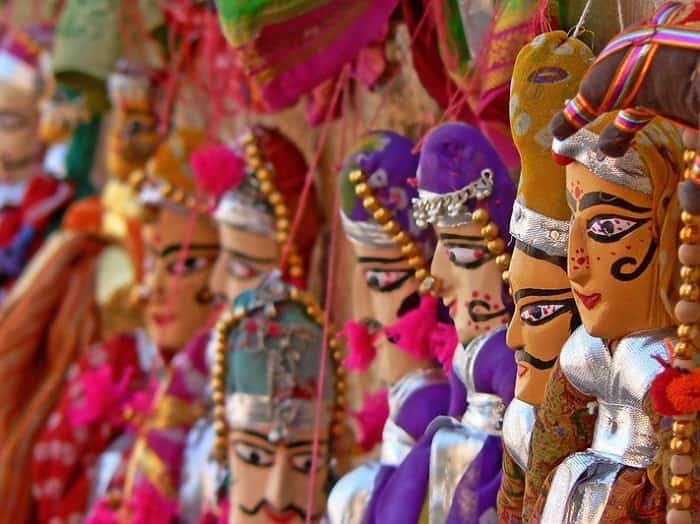 Puppetry is a unique art form of Rajasthan that has crossed the barriers of geographical borders and gained applause all around the world. The skill of making a puppet made of wooden face and silk clothes move with the narration of story and dance in the musical beats surely makes anyone amazed and surprised. 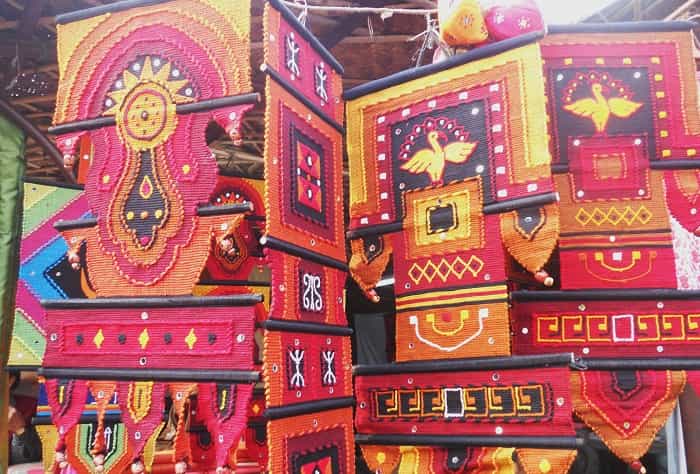 Rajasthani handicraft items are the epitome of skill when mingled with artistry and intricacy. From the excellent pottery items to excellent wooden furniture and from dazzling silver jewellery to multi coloured bandhani textiles, Rajasthan has raved the world the same way it did with its baronial heritage and history. 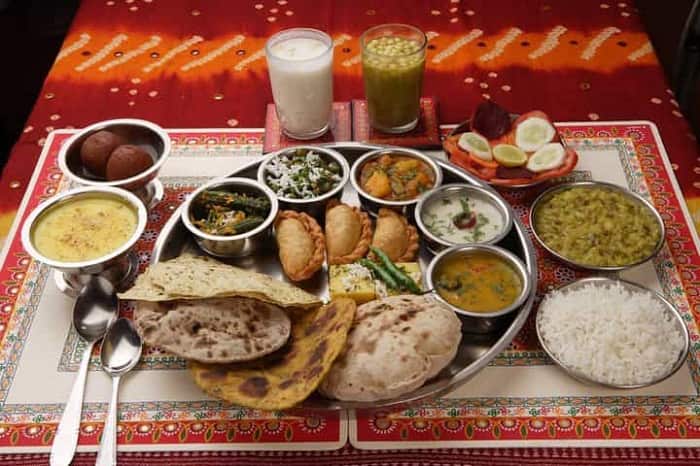 Rajasthani cuisine is as vibrant as the culture and heritage of the state. Immense scarcity of water resulted the local people to use camel milk thus giving the dishes a unique taste. While gram flour and curd dominate over the vegetarian items, its chicken, Colour of Fairs and Festivals, Rajasthan Travel Packages lamb, mutton and camel that garnish the royal dining table in Rajasthan.

Colour of Fairs and Festivals 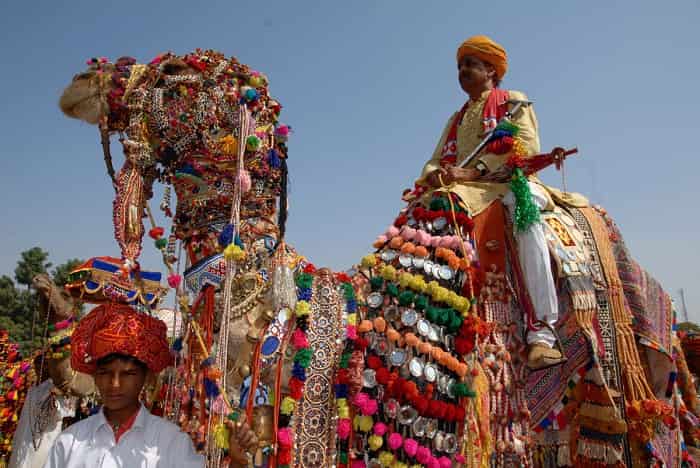 Held every year in November, Pushkar Fair is one of the biggest non-religious gatherings and the largest cattle fair of the world. The holy and quiet town Pushkar comes alive with the assemblage of camel traders, buyers, shop owners, music and dance performers, puppeteers, visitors and thousands of other people. Tourists from almost all parts of the world find it very attractive and interesting to plan their visit to Rajasthan at this particular time. 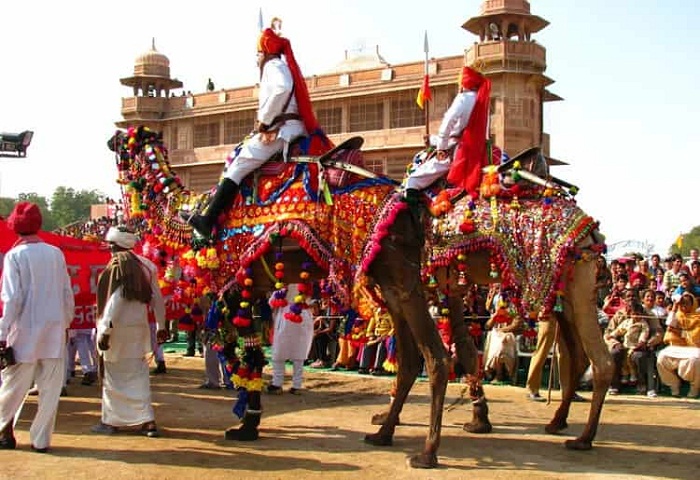 As the caparisoned camels start their procession through Junagarh Fort in Bikaner, everyone knows that long waited Camel Festival has begun. Held every year in the month of January, the first day of the fair is dedicated to camels where contests for the best breed of camel, best decoration and best fur cutting design on camels are held. 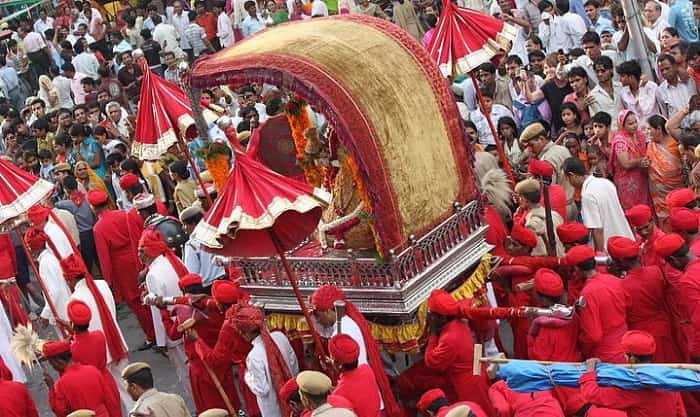 This religious festival is celebrated in Jaipur every year in the month of March in honour of ‘Gan’ or ‘Isar’ and ‘Gauri’ the incarnations of Lord Shiva and goddess Durga respectively. While married women worship Durga for the welfare of their husband, unmarried girls seek for the blessing of getting a spouse of their choice.

Pushkar Mela, Culture of Rajasthan, India In the months of January-February, the idle sands of Jaisalmer comes alive with the joyous celebration of Desert Festival. Folk dancers, musicians, artisans all turn the serene ambience of Jaisalmer frolicsome at this time of the year. 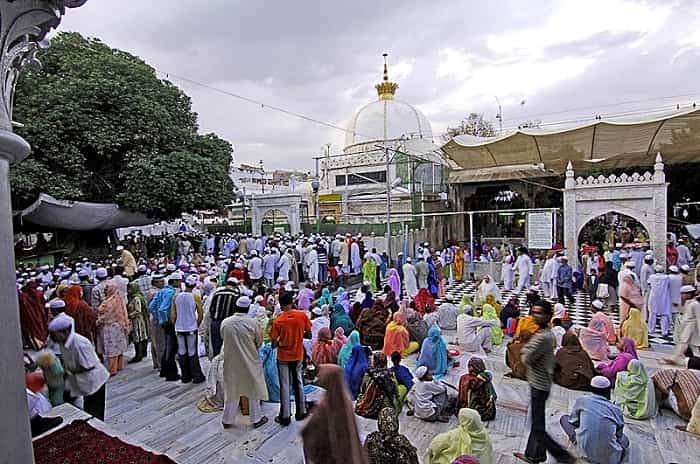 In the mournful memory of Sufi saint Khwaja Moinuddin Chisti the devotees accumulate in Ajmer to pay homage to the divine soul. The all-nightlong Qawwali (Sufi devotional song) performance at the Dargah creates a magical ambience here. Pilgrims from various parts of the world find it auspicious to visit Ajmer at the ‘Urs’ time.

Jodhpur is postcard perfect place. With its beauty intact in the heritage and the background of the sand dune, the small city has its charm in the humble people who proudly have a part of their existence in the bygone era. Let alone the architecture, the cuisine and the music speak for itself; Jodhpur is […]

The Mehrangarh Fort is one of the largest forts and the most magnificent fort, located in the picturesque city Jodhpur and it was founded by Rao Jodha in 1459 but succeeding rulers of Jodhpur have also added to it over the centuries. A tortuous road leads to the from the city 5 kms below. Battle […]

One of the best things about Hill station is that they are surrounded by lush greenery from all around and they are one of the best spots to spend the vacations. With the natural beauty of flora, pleasant weather, low currents of water flow all blend together to give an unforgettable experience. Mount Abu is […]