Valley of the Kings 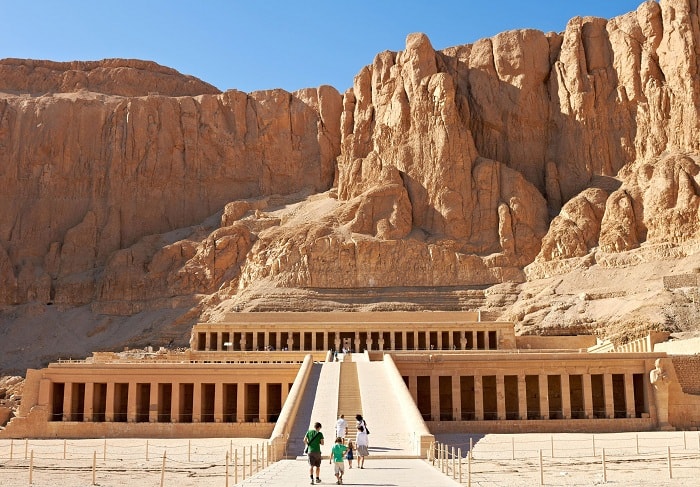 As anyone familiar with Egypt will know, its history makes up more of its attraction for tourists than is the case in possibly any other country. Its reputation as one of the world’s leading open museums is by now known to everyone who is interested. What are impressive, then, are the sheer breadth, quantity and quality of historical sites in Egypt. An interested historian can journey to Egypt, spend a fortnight there sightseeing every day, and can still have things left on their “To Do” list by the time they return home. It’s a challenge to see all of Egypt’s historical delights in the confined space of time allowed by an average holiday.

One site that is a must-see for anyone interested in Egyptian history is the Valley of the Kings. This location is home to the tombs of numerous Egyptian pharaohs from the 16th to the 11th century BCE. To date, the number of tombs discovered at the site has climbed as high as 63, with potentially more still to be found. One of the fascinating aspects of the site for any historian is the diversity of the tombs already discovered, with scenes from Egyptian mythology prominent in all of them. One will leave this site with a full understanding of just how seriously the ancient Egyptians took their burial customs.

It is noted that, sometime between the tombs having been created and used and the present day – undoubtedly far back in antiquity – most of the tombs have been opened and robbed. This is perhaps unsurprising, since an Egyptian pharaoh was not merely embalmed and laid in their tomb, but buried with many of their worldly possessions and among opulence of a kind that would astound us in the present day. The treasures to be found within a tomb at the Valley of the Kings – before it became a protected site by our standards – would have enabled any thief to live very comfortably for a long time.

Perhaps the most famous tomb to be found at the Valley of the Kings was that of Tutankhamen. It is largely unique among the tombs at the site in that it was left largely untouched by looters. It was indeed robbed – at least twice – but the fact that the items taken were perishable, as well as the evidence of work done to restore the tomb after these robberies, indicates that the robberies took place at most several months after the burial, and that any effort to rob it thereafter met with resistance. Interestingly, rumours have frequently arisen as to the existence of a curse on the tomb, based on the suggested early deaths of those who were first to enter the tomb on its modern discovery in 1922.

Those rumours have of course been thoroughly debunked. Although one of the first people to enter the tomb did indeed die early, from blood poisoning resulting from a mosquito bite, studies have shown that the vast majority of visitors who accessed the tomb and aided its discovery lived out full lives according to life expectancy. There need be no fear from lovers of Egyptian history on visiting the Valley of the Kings and the tomb of Tutankhamen – the only thing they are likely to catch is a bug for Egyptology; one which is admittedly hard to get rid of, but the symptoms are rewarding. 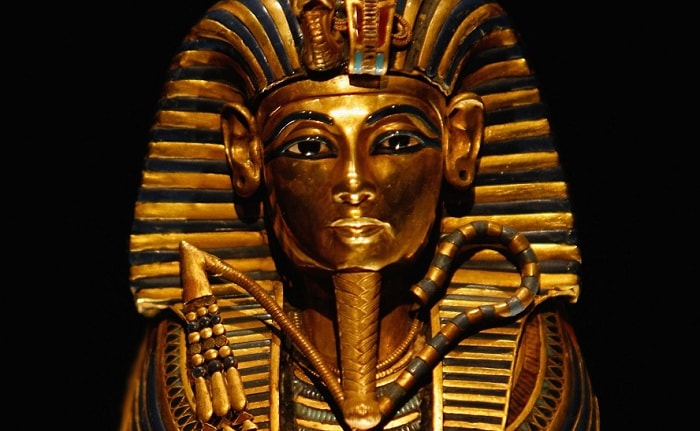 When most people think of Egypt, Tutankhamen is the first image that springs to mind. He is probably the most famous of all the Egyptian kings also known as the boy king.

With so many theories about his life and death being thrown in the air, by scientists and Egyptology experts it almost romanticizes his life story.

The tomb of Tutankhamun was unearthed in 1922 by archaeologists Howard Carter and George Howard. The press coverage on this amazing find was phenomenal; it sparked interest back into Egypt globally, because the tomb of the boy king was completely intact.

There is said to have been a curse on the tomb, to those who dare disturb it (which would of included the whole team of archaeologists who originally found the tomb). Believers of the curse think the archaeologists died in mysterious ways but sceptics say it was nonsense conjured up by the media.

Scientists believe that Tutankhamun entered the throne at the tender age of nine or ten.

In 2010 a DNA test was done to finally discover who fathered the boy king, the DNA result proved that, Akhenaten was his father and an unknown mummy (mummy KV55) his sister/wife.

His rule began in 1333 BC and ended ten years later. Tutankhamun died at the age of just 19 years old.

Tutankhamun father two daughters with his wife (mummy KV55), who were sadly stillborn. Scientists are led to believe; that the reason behind the Stillborns and an heir wasn’t born is because of the long line of incest, which was very common amongst the royal Egyptians.

There have a lot of different theories from scientists and Egyptologists, trying to determine the cause of death for Tutankhamun. Some of the theories are as follows: Infection from a broken leg, malaria, assassinated with a blow to the head and a chariot accident, none of these theories are conclusive, and can’t be backed up using hieroglyphs because there aren’t any hieroglyphs about his death.

Top Five Unusual Things to Do In Egypt

The Pyramids of Giza-The Sphinx-A cruise down the Nile: Each one of these things is a given for most Egyptian holiday makers; perhaps even the main reason for visiting this fascinating country in the first instance. Of course, no one is denying the magnificence of these monuments and experiences – but there is more to […]

Egypt Holiday Packages for Travelling on a Budget

People have heard so much about Egypt and its long history that when a person mentions its name, it automatically conjures up images of pharaohs and pyramids. It is a haven for backpackers and explorers of all sorts and backgrounds. As a hot country, its beaches are prime areas for foreign travelers looking for some […]

Places to Visit in India in January

Top Winter Treks in India That Will Remind You of Wonderland