India, a nation of diverse cultures and traditions, offers myriads of temples, palaces, forts and heritage buildings to its travelers. Taj Mahal, Qutab Minar, Charminar and Old Goa Churches are the most popular but definitely not its only tourist attractions. Explore the myriad offerings of Indian tourism – its ancient temples, ecologically important nature parks, breathtaking historical monuments, diverse topographical variants and much more.

Taj Mahal is the pinnacle of Indian, Persian, Ottoman Turkish and Mughal architecture. The striking white marble monument is located on river Yamuna banks in Agra city. It was built between 1628 & 1658 by Shah Jahan, the Mughal emperor in memory of Queen Arjumand Bano Begum. Taj Mahal is one of the world’s eight wonders and exhibit of Muslim art. 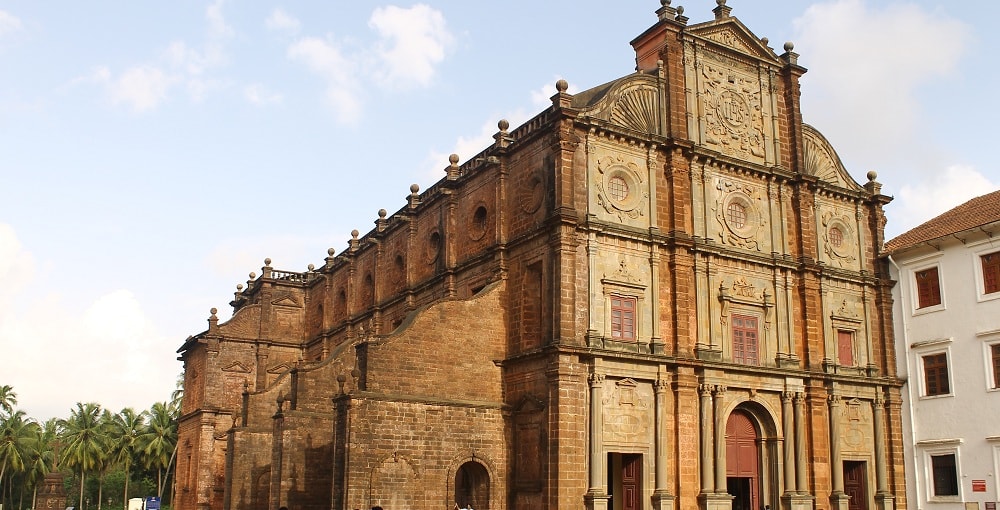 Churches of Old Goa are the most comprehensive set of churches built during the Portuguese rule (16th – 17th century AD) in India’s western coast. The churches include: Bom Jesus Basilica, Lady of Rosary Church, Se’ Cathedral, St. Augustine Church and St. Francis of Assisi Church and Convent. The monuments are open throughout the year including all holidays.

The Charminar, Hyderabad landmark was built by Sultan Mohammed Qutub Shah in 1591 to free his new city from epidemic and plague. The Charminar is a 56 meter high arch. The arch is famous for its stucco adornments, stylish balconies and Hyderabad’s oldest small mosque.

Qutub Minar was constructed in 1199 AD by Qutub-ud-din Aibak, and later completed by his son-in-law and successor Shamsuddin-iltutmish. It is India’s highest stone tower (72.5 meters). It has a base diameter of 14.3m and a top diameter of 2.7m. 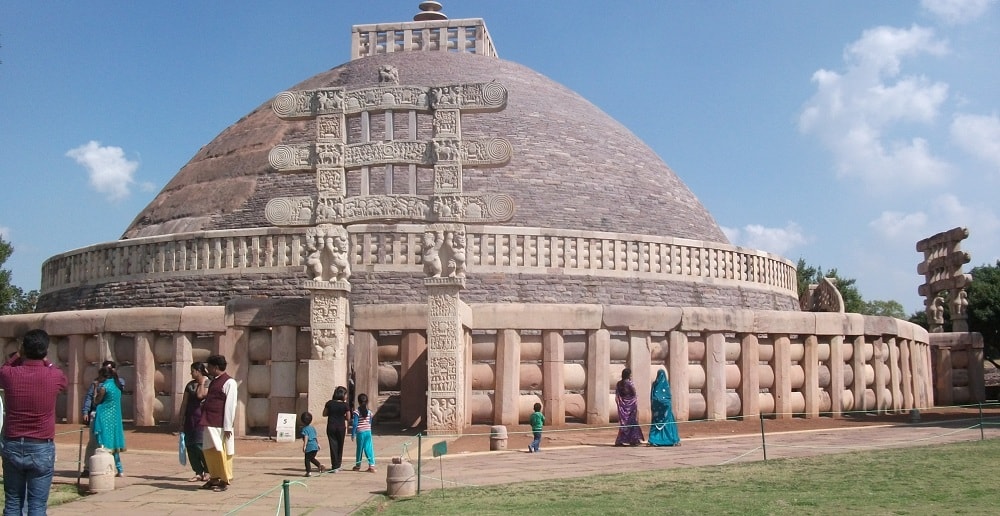 Sanchi is located in Madhya Pradesh state. Tourist attractions of Sanchi include a set of Buddhist monuments (temples, monasteries, pillars and palaces), which date back between 3rd century B.C and 12 century A.D in Lord Buddha’s honor. Famous structures include the Great stupa (1st century), the Torana of Stupa 3 (2nd century BC), monastery 51, and temples 17 and 45. 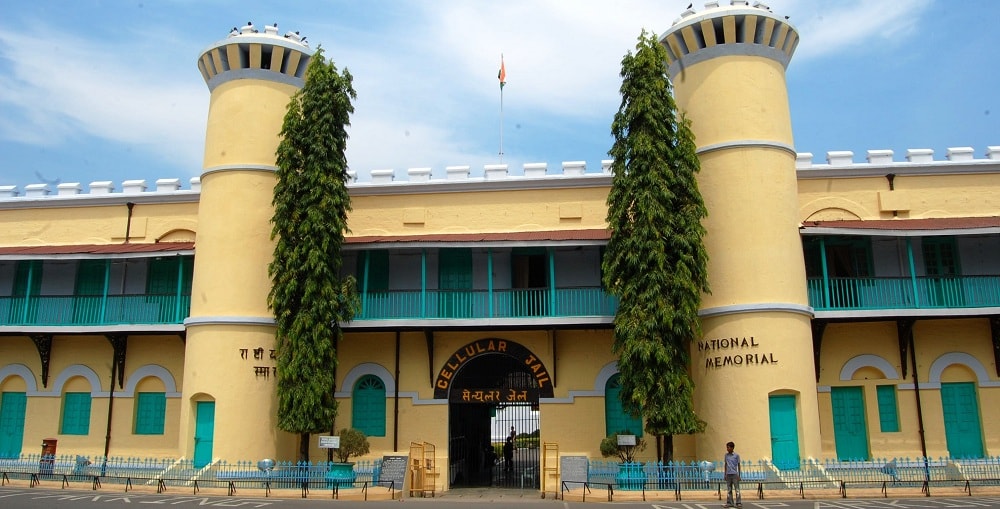 The Cellular Jail is also known as black water (Kala Pani). It was a British colonial prison located in India’s Nicobar and Andaman Islands. The prison was home to several well-known Indian activists such as Veer Savarkar and Batukeshwar Dutt during India’s struggle for independence. It was constructed between 1896 and 1906.

Hawa Mahal is also known as the Palace of Winds or the Breeze Palace was built by the poet King Sawai Pratap Singh in 1799 AD. It is located in Jaipur, Rajasthan. The red and pink sand stone palace was constructed for women of royal families to view everyday life through windows because they never appeared openly.

Chhatrapati Shivaji Terminus previously Victoria Terminus is located in the busy city of Mumbai. The terminus was a historic railway station built in the 19th century. It is well-known for its traditional Indian and Victorian Gothic Revival architecture. 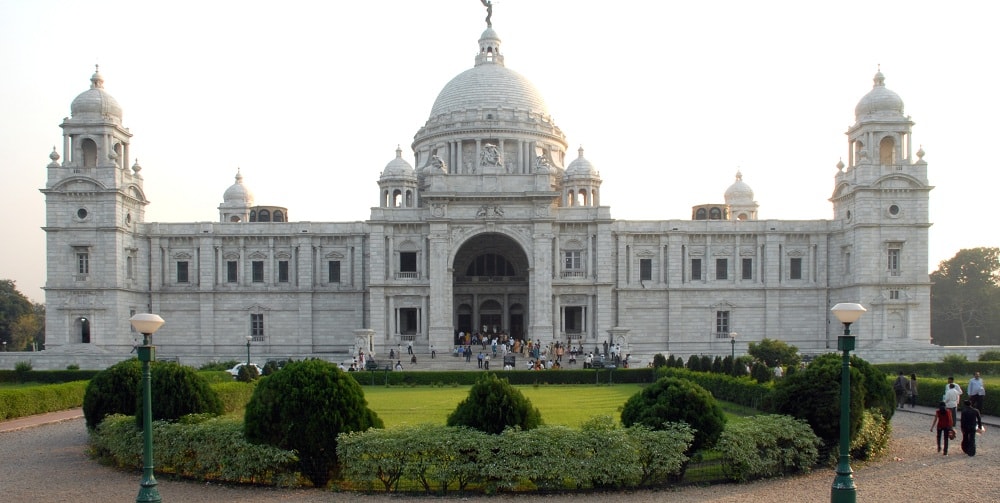 The memorial hall was built in honor of Queen Victoria. It is situated in Kolkata, West Bengal. Victoria Memorial exhibits a wide range of British classical paintings, sculptures and manuscripts. The museum represents a blend of Mughal design and old European architecture. 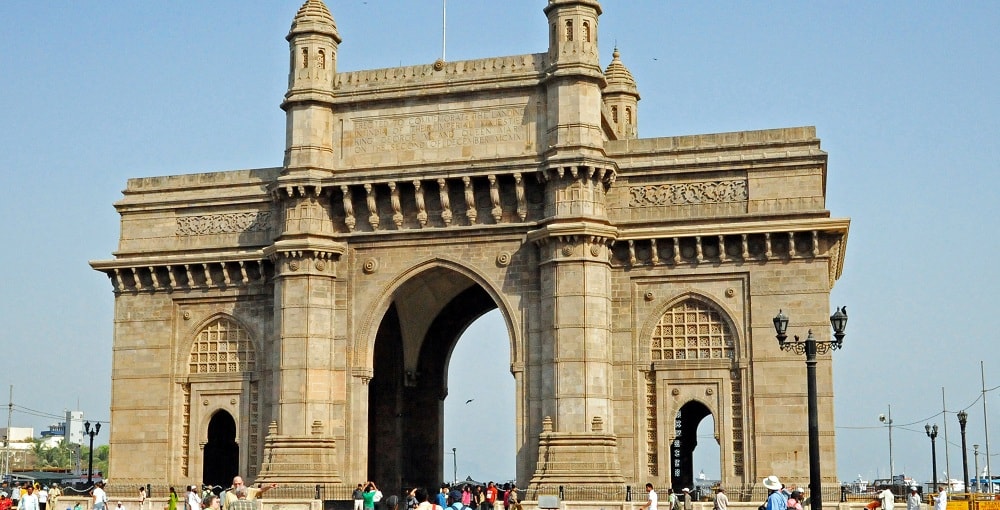 Gateway is a marvellous monument that was constructed in 1924 by the British colonialists. It was built to honor King George’s (V) and Queen Mary’s visit to Bombay. The Gateway is located at Apollo Bunder’s tip, overlooking the Harbour of Mumbai. It exhibits one of the best colonial architecture with Indo-Sarcenic style.

India has numerous historical monuments that are worth visiting other than the ones mentioned. Others include Vidhana Soudha, Lal Quila, Ajanta Ellora, Umaid Bhawan, Agra Fort and many more. Indian visa is your access to these breathtaking monuments.

A Detailed Information of Char Dham Yatra by Helicopter 2020