Australia is a land with the greatest travel experiences and the most fascinating tour delights. This is one land that fills your travels with memorable tales and cherishable nostalgia. Come to Australia and enjoy the pleasures of being in this lovely land of adventure, excitement and travel. 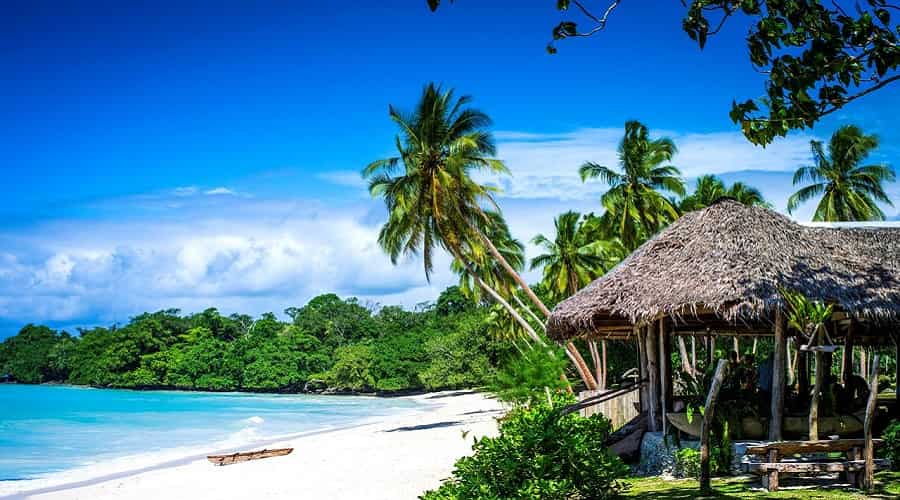 Melanesia in this part of Australia is a sub region of Oceania which stretches from the Arafura Sea to the western part of the Pacific Ocean. It then goes eastward to Fiji. The entire region has islands in the northern part of Australia and also in the north-eastern part. Melanesia is a name that comes from the Greek word black. It was Jules Dumont d’Urville who first used this word and it was in the year 1832 that it first happened. This is a term used to indicate a group of islands from Micronesia to Polynesia.

Melanesia is a term that is used either for the three Oceania regions who had great pre-colonial existence or it is referred to the ethno cultural family which is a result of many maritime navigations. Melanesian Spearhead Group Preferential Trade Agreement is also a common term here as it is the regional trade that links Papua New Guinea, Solomon Islands and Fiji.

Melanesia was inhabited by people who today are called as Melanesians. They are believed to be the ancestors of the present day Papua speaking clan. These people have occupied the Melanesia islands till the Solomon Islands and these region are also inclusive or the Makira and many other smaller islands.

Austonesian people live here in the land of the northern coast of New Guinea and the Papuan speaking people started dominating the place here. There have been many changes in the area of genetics, culture and language. It is very much true that a small group of people came from this area and then went to the east to become the people who founded the Polynesian people. Micronesians and Polynesians have very little genetic links with Melanesians. Genome proofs also show that Polynesians have very little genetic relations to Melanesians.

In fact the Melanesians and the Papuan people are the only familiar modern kind of people who had inks with the prehistoric age ancestors and who interbred with the Denis ova hominin which was a species in those times.

Earlier in many areas leaders were chosen based on the personality of the person. But today the Western influences have increased the styles to change. There is no colonialism and the European style governments and their leadership has been handled very well by the officials. The constitutional monarchs  the Papua New Guinea and Solomon Islands coming up and the leaders in the small islands look up to these places for respect.

There are many islands found in the shores of Melanesia and these form a mainstay of the attractions there. The Amphlett Islands, the Louisade Archipelago, the Rotuma Fiji the Solomon Islands and the Vanuatu region are very important islands here. Out of these the Norfolk Island is a land of great archaeological importance. So there is lot East Polynesian existence and the Rotuma in Fiji shares a lot of similarities with the culture and ethics of Polynesia. There are some islands which lie to the west of the Moluccas and these are the Sumba Flores, Timor Halmahera, Pantara and Alor are all said to be part of this lovely land of Melanesia.

So in your travels to Australia, the region of Melanesia comes as a must see.

The Roof of the World is far removed from the reaches of the common man, save a few parts of the terrain that are accessible to adventurists and tourists. There are still parts of the Himalayas that remain unexplored, and most likely have their own share of secrets. Ladakh as we know it too is […]

Ramgarh – A Quaint Little Place in the Lap of Himalayas

It’s been long since my last driving trip during Holi in March (yes, 2 months is long for me). I started looking nearby destination and with onset of summers, it has be somewhere in the hills. However, i am not a kind of person who likes crowded place like Nainital or Shimla and that too […]

Should I Consider a Boat Hire Vacation?

Whether you are an old hand at boating or someone who has never been aboard a boat in their life but has always wondered what the experience would be like, a boat hire vacation could be the perfect getaway for a week or even just a day. There are numerous companies in all parts of […]

Beyond the Mojito: 5 Awesome Things to Do in Cuba

Top 10 Things to Do Before You Leave Bengal

Understand Your Travel Expense Management: Do You Really Need It?