Palace of Versailles is a historical mansion of the Ancien Regime, until French Revolution. This luxurious palace is frozen at those days of royal extravagance, its aesthetics and blemishes. The place you are about to enter had been witness to the greatest and the lowest of France’s Absolute Monarchy. The walls here whisper of many secret stories, tales of valor, debates, lost dreams, victories; stories of life and death. The floors have held the stories of men and women of history, Napoleon, Louis XIV, Maria Antoinette, and legendary French revolutionaries. 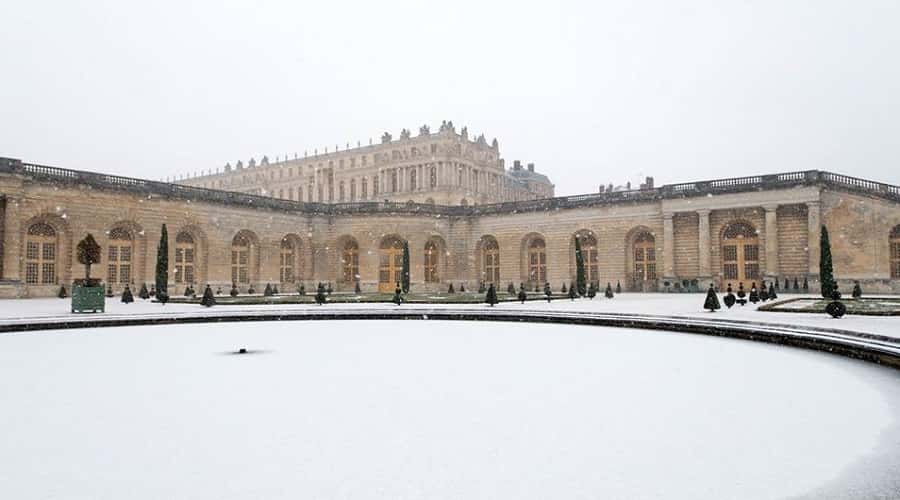 Visit Palace of Versailles for an exquisite opportunity to feel for those lost days, when the aristocracy inherited lavish wealth, at a time when the common people tried hard to make ends meet. The King was distanced from his people, neglected his duties, enjoying almost divine authority for selective welfare, of those like him. Louis XIV adopted the moniker of ‘Sun King’ and he believed in a centralized administrative system. The proud authoritarian ruler was king for 72 years.

Before the palace, Versailles was a silent, forested suburb of Paris. Louis XIII constructed a hunting lodge for royal retreats. Louis XIV created the glamorous Versailles. During his reign, France was the most powerful kingdom of Europe. The palace was his seat of administrative power, the very center of French authority. The design and ornamentations were meant as an exhibition of the divine right of kings over the fate of his subjects. In fact, the strategic position was also chosen to stay close to Paris, so that the king may attend any unrest or rebellion urgently.

Then, eventually the fates of monarchy turned to the end with the French Revolution. Napoleon also used this grand palace as an administrative seat to exhibit is power. With the end of this era, the once proud palace became a dilapidated liability. Many furniture were sold and the building needed restoration. It was then, by the efforts of Louis Philippe, Versailles became a museum. Ever since, the palace has restored the essence of its royal glory, and has welcomed people from all walks of life.

The palace is not merely a paid museum of the French monarchy, but a tangible testimony of strange lost times. Getting the best of Palace of Versailles tickets can be some confusing as there are several options. Look up the choices to choose according to your interest. If you want to explore the entire palace at your leisure on a single ticket, go for the ‘Passport’. Other options in similar category are the Palace Ticket and the 2-Day Passport. Separate tickets for Trianon Palaces and the lavish estate of Marie Antoinette are available.

Alternately, you can choose from the guided tours for excellent time management. All bookings can be done online as well. Visit the glittering Hall of Mirrors and other historical locations. The bedroom of the king used to serve as the focal point of administration during Louis XIV era. Also visit the lush moss cave of Marie Antoinette.

This palace continues to have an important role in French politics. Major political events here include signing of the Treaty of Versailles. Current French Presidents also occasionally address joint Parliament sessions at the palace. Palace of Versailles Timings has slight variations across the year. Generally, you can find the gates open at 9 am and close between 5.30 to 6 pm.

In the recent years, a mass movement of people from rural to urban areas has been witnessed across the globe as people seek to find both employment and business opportunities. This has seen a steady rise in population across cities in the world over the last couple of years. Below is a compilation of the […]

If you like traveling as much as I do, you should consider Southeast Asia as your next destination and especially Thailand. I hope that I can raise your interest in this region with the following posts. If you have questions, just post them in the comment box, I will try to answer as soon as […]

Popular Beaches in Acapulco with Photos