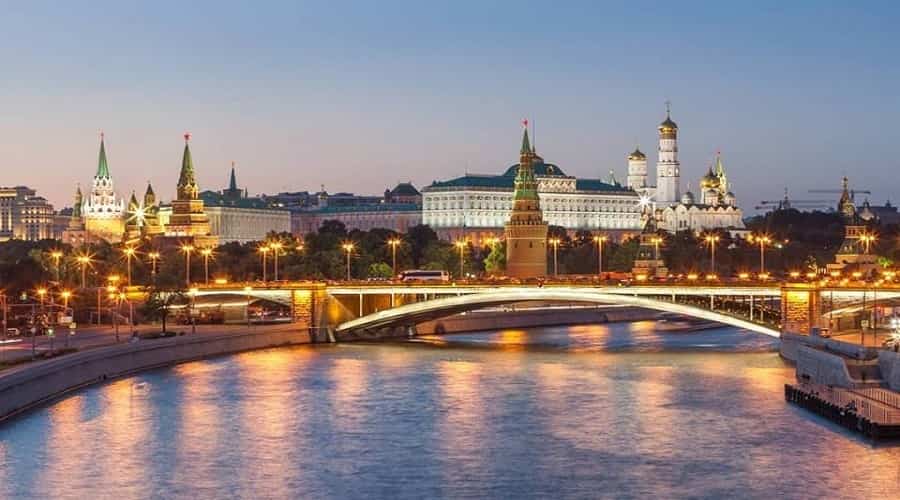 Our guest author Jess Signet travels to a land not much explored and uncovers the secrets of this colossal country with many lesser known attractions. If you are thinking about a maiden trip to Russia, this article will provide you the much needed helpful information from a fellow traveller. And if Russia has never appeared on your wish list, we are sure after reading this article, you’d seriously think about a trip to Russia.

Russia is an exciting and unique place for anyone to travel. Hidden for so long behind the iron curtain of the Soviet Union, western tourism still hasn’t taken this vast and impressive country into its clutch yet. Because of this, the unique and authentic experience that travellers get, without mass-crowds of foreigners, is pretty much unmatchable.

However, as soon as you get off the plane, it’s clear to see that this largely unknown part of our planet is a world away from what most travellers are used to. If you don’t do your research, you’re in for quite a surprise! Culturally, geographically and politically, this country is probably one of the most unique on earth, and arriving without the right preparation could make your traveling experience more difficult than you first anticipated.

Here’s a list of 10 things that I wish I’d known before setting off on my adventure to this wild and wonderful location.

You Don’t Know the Meaning of Cold

Coming from Britain, I was quite sure I had wintertime handled. You put on a thick coat, pull up your hood and spend six months of the year complaining that you wish it were summer. Unfortunately, after landing in Surgut International Airport in January, I realized the “cold” that I thought I knew so well was simply child’s play.

Reaching, and staying, well below zero during wintertime, Russia demands several jumpers, thermal underwear, hats, scarves and snow sports-quality gloves. It’s also advisable to have a back-up plan for days where the weather is too bad to go outside.

Catching up on movies, cooking a hearty meal and contacting loved ones back are all good options. Don’t underestimate this great country’s version of freezing, because getting cold, and having to stay cold, is not a particularly enjoyable experience. Note that if you’re planning to watch a few movies to avoid the cold when in Russia, be sure that you have a Virtual Private Network (VPN) installed, as many sites like Netflix are subject to geo-restrictions.

Fortunately, contrary to the popular and somewhat stereotyped belief, Russia can also be very warm. You have to remember that this country is huge, and whereas the northern regions are truly artic in their conditions, down south the climate is warmer than most European countries. I was astounded to discover that palm trees grow in the areas around the Black Sea, and in summer, temperatures can reach an incredible 40-43C and almost never drop below freezing in winter.

Unfortunately this means that any traveller planning to see the whole country requires a vast array of clothing options, from shorts and T-shirts to a fur-lined coat and thermal trousers!

Prepare to Chow Down

Perhaps unfairly, Russia is in no way known for its cuisine. Aside from the caviar, most people see Russian food as bland, heavy and generally undesirable. This could not be further from the truth! Whether you’re trying a crepe-like “Blini”, traditional beef stroganoff or a hearty “Knish” pastry, the many local delicacies are sure to delight.

This may be unfortunate news form me as I thought that the lack of tempting food would keep my budget down; however, it was well worth splurging in the local restaurants to try these mouth-watering dishes.

There are many dangerous creepy-crawlies, snakes, stinging-trees and other undesirables in the vast landscape, and unfortunately, the sheer size of the country means that they vary considerably in different regions. Although there is information provided about the different species you need to be aware of when you’re over there, it’s usually in Russian, not explained very well or has pictures that leave a lot to the imagination. To avoid any nasty run-ins or trips to the local hospital, it’s definitely wise to do a bit of research and brush up on the potential dangers before you set off.

As I may have mentioned previously: Russia is big! Covering an astounding 17.1 million km2, you only have to look at a map to see that traveling this country is an experience unlike any other. Although most travellers have a vague awareness of this, most people also fail to consider the repercussions.

To put things into perspective, I took the famed Trans-Siberian Express journey, and it was an incredible seven days long, but it had very limited facilities, particularly in the lower class sections of the train. This meant that I was travelling for a whole week continuously without even basic necessities like a shower! Because of this I had to be extremely well prepared and ready to sit on a cramped train for, literally, days on end—which wasn’t easy!

Not only do you have a long way to go when driving anywhere, you also have a terrifying experience to endure. The driving in Russia is terrible, erratic and a complete recipe for disaster. Things to be aware of include the complete lack of use, or respect for, speed limits and sudden and unpredictable lane changes—even in busy traffic. It’s also not uncommon for drivers to use the hard shoulder as an extra lane as I experienced on my first day in the country when in a taxi from the airport.

Put Away the Courtesies

British people are known for their incessant politeness and focus on manners. I soon discovered that Russia could not be at a further end of the scale from this. No matter where you come from, you’re definitely going to find Russian people to be rude until you’ve learned to understand their culture.

Russians are very straightforward and genuine. They don’t smile if they don’t need to, and please and thank you are very rare. However, this is a simply cultural difference rather than anything else, so put away the etiquette rulebook and get stuck in!

There’s a very common misconception, probably inspired by the fact we know so little about them, that all Russians are Vodka-guzzling alcoholics. This is definitely not the case. Although there are many heavy drinkers in more rural areas, the cities are no more filled with alcoholics than Germany, Ireland and many other European countries. Alcohol consumption is also banned on the streets and in public places, so if you think you’re going to get away with swigging Vodka straight from the bottle while sight-seeing, then you’re sorely mistaken. I definitely recommend enjoying the drink responsibly in some of the local bars because drinking Russian vodka with the Russians is definitely an experience!

There are many monuments and landmarks left over from the Soviet Union and queuing is most definitely one of them. Whether you’re trying to send letters home to loved ones at the local post office or have just nipped down to the shops for a pint of milk, you are definitely going to end up in a queue.

The Russian people are experts at this phenomenon and even better at slyly pushing in without being noticed, so if you do find yourself part of a traditional Russian queue, be sure to stand fast and not give up your place to anyone! I once found myself in a queue when a friendly local popped in front of me to start, what appeared to be, a casual chat, it took a while before I realized they’d actually just stolen my place in the queue without me even noticing!

For the majority of the rest of the world, the view we have of Russian politics is, at best, ridiculous and at worst, terrifying. However, partially due to the media input and partially due to the ease of following tradition, most Russian people wholeheartedly support their political regime. Because of this, it’s advisable not to engage in discussions about it as, no matter how convincing you think you are, you’re not going to change their minds, and it’s very likely you’ll offend them in the process.

A trip to Russia will be an amazing experience no matter how much you know, but these ten things are sure to improve your time there no end! If you have any more tips that you feel should be included, then be sure to comment below.

Jess Signet is an avid traveler who recently enjoyed a fantastic trip to Russia. It’s a great country, so much to see and do and hopefully this article will help you prepare for your trip or just learn a few things about this vast country!

Insure Yourself While You Travel – Travel Insurance Web

Vacation is usually a highly anticipated and welcome break from the stresses of everyday life. Every year billions of people around the globe pack up and head to a foreign destination in order to forget about their everyday lives for a while. Unfortunately, an all too common occurrence while traveling is some type of hardship […]

Are in high demand these days for travelers who are on a budget and want a place to stay without breaking the bank. Top destinations like London, Paris, Amsterdam, Rome and New York offers a wide variety of accommodations in the finest central locations, ideal for exploring what the city has to offer. Hostel accommodation […]

Things to Make In Phuket an Amazing Travel Destination

Phuket is often a hot island in the south-west of Thailand. Overall performance had been lure for people beyond its shores. The actual of the island is imprecise, but it’s Thailand’s most desired tourist choice. Billions of tourists delivered to Phuket every year due to the beaches, its first-class diving, swimming and its vivacious nightlife. […]

Tips for Destination Wedding in Sikkim

The 5 Best UK Parks to Capture Photos of Nature