Perched high on the Sahyadri Hills of the Great Western Ghats is located in isolation one of the most revered temples of religious unity in India, the famous Sabarimala Temple. The Sabarimala Temple which is considered to be the abode of the protector of the land of Kerala Lord Ayyappan is said to have been built by the sixth incarnation of Lord Vishnu, Lord Parshuram. The temple located inside the dense forst cover of the Western Ghats in the Periyar Wildlife Sanctuary in Kerala is a sight of great historic importance and religious benevolence. It is the place where Lord Ayyappan chose to sit in eternal Samadhi or bliss after defeating the powers of the demon Mahishi. 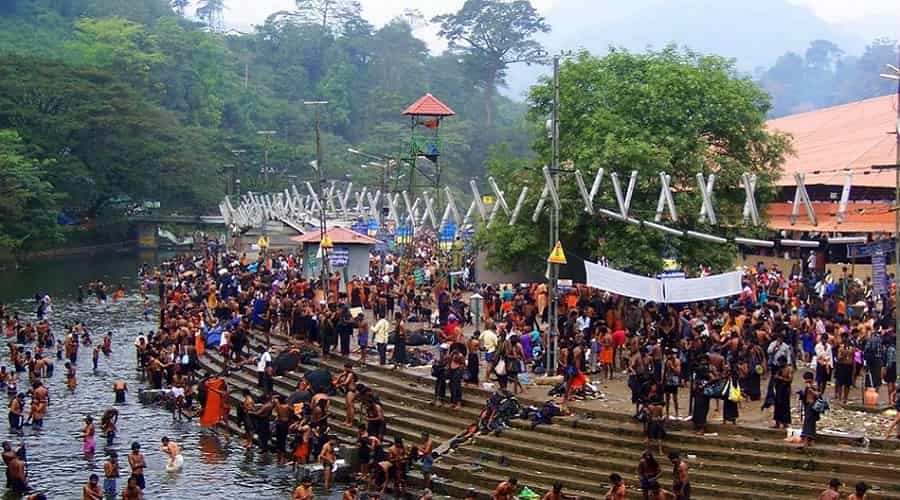 The Sabarimala temple festival is a very important religious event in the calendars of the people of Kerala, the festivals that usually takes place during the months of November-January and sees the attention of over 4 million devotees from all parts of Kerala and nearby states as well as the Malayali speaking expatriates in abroad. The temple is usually opened to all members of the society except for women who are going through their menstrual cycle, the visitors to the temple have to perform a rigorous fast of forty-one days in order to cleanse their body, mind and soul, abstain from cardinal pleasures and maintain strict celibacy for the duration of the fast. 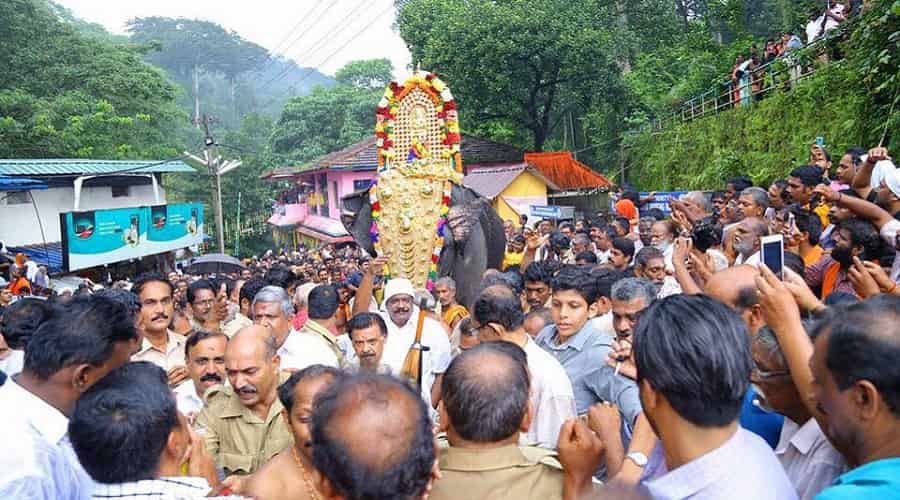 The Sabarimala Temple festival is a real testament to the cultural unity of Kerala as well as Indian as people from all religious backgrounds attend this festival; everyone seeks the blessing of the Lord Ayyappan for a happy and healthy life. One of the most important events during the festival is Makara Vilakku which begins on the day of Makar Sankrant and sees the jewelry adorned idol of Lord Ayyappan being taken from the Pandalam Palace to the Sabarimala Temple in a grand procession which sees the attendance of people in millions. According to legends Lord Ayyappan was born as a result of an unification of Lord Vishnu (as Mohini) and Lord Shiva and therefore the temple is held very highly by Vaishnavites and Shaivites.

Once the deity arrives at the temple the festivities relating to the Sabarimala Festival begins with devotees trying their best to catch a glimpse of the famous lord. The mountains for these three days of the festivals are filled with the chanting of millions of devotees and one can see the mountains covered with the mass of humanity rarely seen in this part of the country.

The Sabarimala Festival is really a great way to understand the cultural ethos and fabric of India and to experience its various fascinating facets. This year you can enhance your experience of the festival by staying at the famous homestays in Kerala, which provide you with the comfort and ease of staying at your own home. Given the fact that you would be fasting in order to visit the temple, a stay at a hotel will be too much to handle. In such cases a stay in a homestay in Kerala is your best option.

Top 20 Durga Puja Pandal in Kolkata you Must Visit

It’s that time of the year again. The time when the entire region of Kolkata springs to colour and vibrancy. The streets are laid out with decorations, the air is filled with a deep sense of devotion and the people start their prep for welcoming the goddess into their homes a month prior. Durga puja […]

Himachal Pradesh is considered to be the crown of North India and is also famous for its spiritual value. The most dominant presence that is worshipped here consists of Devis and goddesses making it a prime destination for Shaktipeeth Darshan. People from all over the world flock here to worship the various forms of goddess […]

Rishikesh is popular for its divine Ganga Aarti, ancient temples that dot the entire region and an ever present sense of spirituality and peace due to being surrounded by the majestic Himalayan peaks. However in the recent years this place has garnered a huge amount of Yoga based tourism which has managed to attract a […]

Excellent Spots like Tadoba Tiger Resort and Others to Enjoy Wildlife