Each time I heard scuba diving, I always thought that it is fun. On the other hand, the next phrase that goes with the term left me dumbfounded. The minute I heard the activity called scuba diving with sharks, my first reaction was, “Are you insane? Isn’t it dangerous? Wouldn’t they eat me?”

It is a normal reaction for me to feel anxious when I hear the term “sharks.” Besides, we all grew up watching different movies about sharks preying on individuals who are enjoying themselves at the beach. I haven’t seen any movie where people play and swim with sharks. However, my initial feelings with sharks were disregarded as soon as I saw videos of people enjoying themselves scuba diving while being almost intimately close with sharks found in Malaysia. 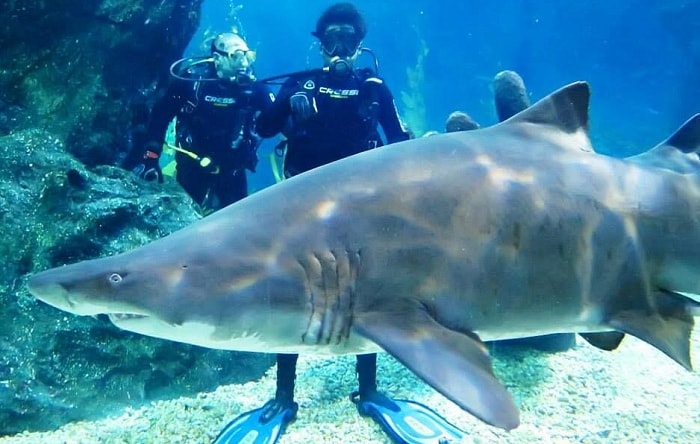 My idea about all sharks being extremely dangerous was proven wrong. Yes, there are certain species of sharks such as Bull Sharks or Tiger Sharks, or the Great White that are exceptionally life-threatening, but not all sharks are perilous.

Majority of the sharks don’t prey on people, hence not dangerous–unless aggravated by certain actions. These are called reef sharks, also known as vegetarian sharks. They are often not aggressive except when provoked. The term “vegetarian,” when associated with sharks, does not mean that they feed on plants found underwater. Sharks in this species commonly hunt at night and eat different kinds of fishes like squirrel fishes, damsel fishes, surgeon fishes and goat fishes. They also munch on eels, octopus, crabs, and lobsters.

Reef sharks have three classes: the White Tip Reef Shark, Grey Reef Shark, and Blacktip Reef Shark. The White Tip Reef sharks are commonly spotted during scuba diving in Malaysia. I have also found out that Malaysian spots for scuba diving provide an encounter with other shark species such as hammerhead sharks and whale sharks. Hammerhead sharks commonly feed on fishes, stingrays, and other sea creatures. They tend to be cannibalistic when provoked. Whale sharks, on the other hand, tend to eat only small nektonic lives and planktons. 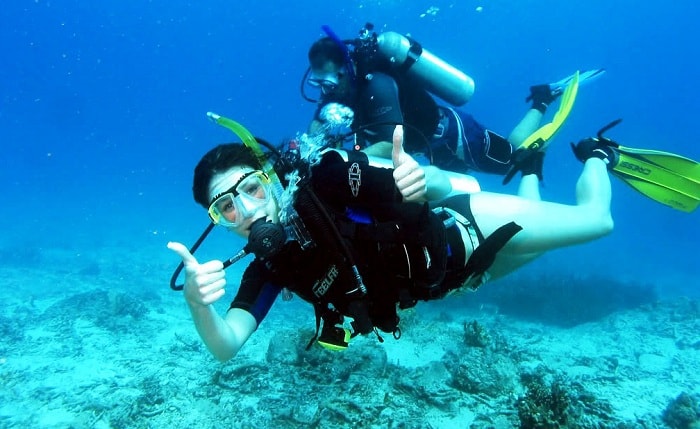 The best place to do scuba diving with sharks is in Malaysia, especially at Borneo. As I continued my search about scuba diving, I found out that diving sites found in Malaysia give one of the best experiences for a diver. The spots at Sipadan, Mabul, Kapalai, and Layang and other Malaysian diving sites are a must-do dives, but not all of these places provide a shark scenery.

Sipadan in the Semporna Archipelago is well known for having White Tip Reef Sharks. It can be considered as one of the best shore dives in the world. Sipadan is a tiny oceanic island which provides list of attractions and one of these is scuba diving with sharks. Once you dive underwater, you can see different kinds of underwater scenery such as white tip reef sharks, turtles, and fish species. There are also barracudas and hump head parrot fish. Encounters with hammerhead sharks and other large sharks can also be possible.

Another diving spot with sharks in Malaysia is Layang which is well known for having the presence of hammerhead sharks which often appear to perform their mating rituals. Another possible encounter in this island is with a whale shark; however, Lankayan Island provides larger pelagic specie of whale sharks.

As above-mentioned, scuba diving with sharks is definitely a must-try. And, Malaysia is perfect for anyone to enjoy diving with them at the best! This is certainly a one-of-a-kind experience that you must try. Have fun!

Are you looking to experience the food stalls in Penang, or the buzz of Kuala Lumpur and Borneo? You may want to visit the beautiful Gomantong Caves, the Kinabalu National Park and even the Manukan Island. No matter what, you can rest assured that you are never going to fall short when it comes to […]

Where to Go in China China is a fascinating place for a vacation. Along with some other beautiful cities it is also getting developed if we look at the reports then we can find that Shanghai and Beijing are approaching towards modernism but at the same time there are some other  cities which are unchanged […]

Mecca – The Paradise of Islam

If we talk about sacred pilgrimages, two places in the world are the most famous –The north-eastern group of cities in India (Haridwar, Varanasi and so on) for Hindus and Mecca in the middle-east, for the Islamic. Mecca is center of pilgrimage for the followers of Islam and is also the place where Prophet Muhammad […]

Hotels In Singapore – Read This Before You Book

Romancing the Stones at Mahabalipuram