Also popularly known as “cidade maravilhosa” the city of Rio de Janeiro is one of the most enthralling and exotic destinations in the world. Literally meaning ‘marvelous city’ the entire region is dotted with high mountains, sandy beaches and a picturesque harbour. Facing towards the Southern Atlantic coastal region, this second-largest Brazilian city is studded with one of the most beautiful natural settings for a metropolis in the whole world. The stunning landscape is just one of the many reasons that allure visitors from around the world to Rio. During the carnival season, the streets get filled with music and ornately costumed dancers, attracting party lovers from all across the globe. If you are planning a visit to Rio de Janeiro and wondering which attractions, then read on to this article and know about the top tourist attractions. 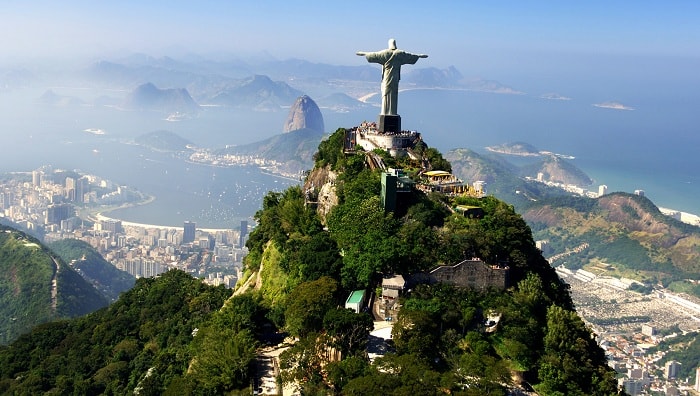 Settled atop the 710 meter (2,330 feet) high peak of Corcovado Peak, the beautiful statue of “Cristo Redentor” stands with arms outstretched, looking calmly out over the city. The construction of the statue started in the year 1922 during the heyday of the Art Deco movement. Today, this concrete and soapstone statue is known to be the largest statue designed in such genre all around the world. Most of the travelers take a vertical cog train to arrive at the base of the summit. From there, visitors need to climb hundreds of steps to reach the top of this monument. However, nowadays, escalators and elevators are available to shorten the trip. 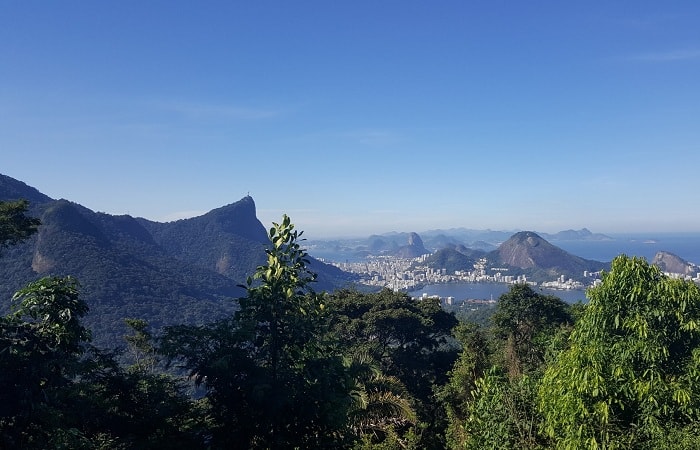 Covering a large area of a mostly rocky landscape, Tijuca National Park is renowned as one of the largest urban forest in the world. Travelers can easily hike to Rio’s highest peak, “the Pico da Tijuca” to take expansive glimpses of Guanabara Bay and the city below. Almost destroyed in the early 1800s by trespassing coffee plantations, rest of the forest was replanted by hand in the latter half of the century with around nine million trees. Some of the other attractions included in this area are the massive tumbling 100-foot Cascatinha Waterfall as well as the Mayrink Chapel that features murals painted by the well – known Brazilian neo-realism painter and artist Cândido Portinari. 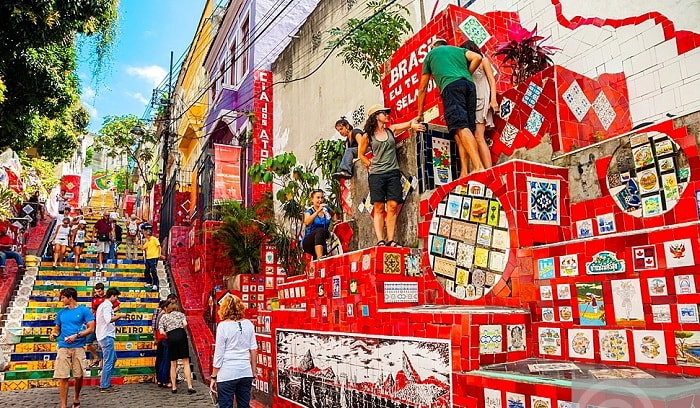 Situated in the downtown section of Rio known as “Centro”, this place was once used to be city’s red-light district. However, today Lapa Neighborhood is known for its vibrant nightlife. Studded with choro and samba bars and the music & dancing spills out into the street during weekend nights. It is one of the best destinations to meet up with your friends and cariocas to sample some deliciously lip smacking local food and to sip caipirinha, the national cocktail which is made with the help of sugarcane hard liquor and along with tangy lime. It should be noted that “Escadaria Selarón”, a set of famous stairs connecting both the Lapa and Santa Teresa neighborhoods. 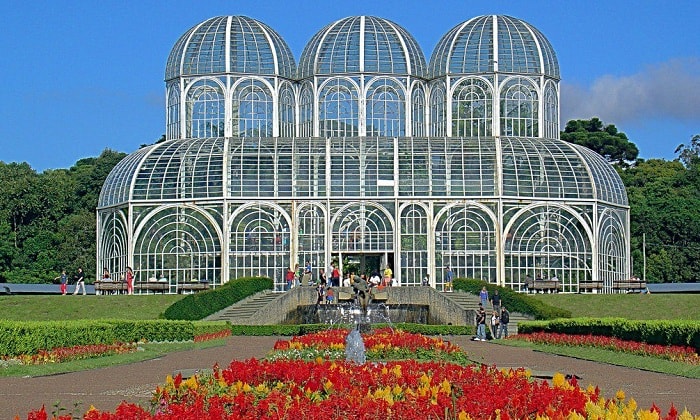 Located to the west of the Lagoa neighborhood, Jardim Botanico, also known as the Rio de Janeiro Botanical Garden is home to more than 8,000 floral species. Constructed in the early 1800s, the garden features many specimens including avenues of soaring palm trees. Visitors come here to the park to see the 600 species of orchids. This garden also consists of a number of monuments, fountains and features, including a Japanese garden, the new Museu do Meio Ambiente and a pond filled with water lilies, which displays exhibits keeping environment as the prime focus.

Arequipa City is the second most populous city in Peru and its historic capital. It’s not as well-known as Lima, the capital, or Cusco, one of the most popular tourist locations, but it is still the third most visited city in Peru. Arequipa boasts an amazingly lovely dry climate, with temperatures that usually stay in […]

10 Things to Do in Nicaragua

Nicaragua is a vacation destination quickly becoming popular with modern travelers. Visitors of all ages are being drawn to this relaxed Central American country, with its verdant scenery, tropical climate and traditional charm. Although a favorite destination with retirees and families, Nicaragua is still the perfect spot for tourists seeking to depart from the traditional […]

Should I Consider a Boat Hire Vacation?

10 Most Strange and Unusual Temples in India