About Dwarka Holidays - Dwarka has spirituality in the air and mysticism in every step making Dwarka tour packages one of the most ideal destinations for devotees of Lord Krishna and Hindus from all over the country and world. Dotted with temples of monumental importance in India and with a history dating back to the ancient era, this place has managed to stand the test of time and retain its Spiritual Ardour. With Dwarka tourism at its peak and Atlas Travel is all about offering the best experiences in this western coastal state of the subcontinent.

Dwarka, which is known for being the first capital of Gujarat, graces the right bank of the holy Gomati River and faces the Arabian sea right on the mouth of the Gulf of Kutch.

Tourism is the main source of income for many locals residing here. The fact that Dwarka was once the kingdom ruled by Lord Krishna attracts Krishna devotees and devout Hindus from all over the world. Dwarka holiday package is all about having a memorable time with the family.

From exploring the holy places of worship to experiencing the deep-seated traditions and cultures and checking out some interesting and fun adventure activities, Dwarka is a whole travel package.

Beyt Dwarka is another place of interest that every devotee would love to explore more. People take a ferry ride and head on to the remaining island to offer their prayer to the temples there.

Atlas Travel has some of the most incredible Dwarka Somnath tour packages for you and your family’s convenience.

Dwarka is a coastal town in the westernmost state of Gujarat. This means that visiting it during the winter months is the best option. Plan a holiday in Dwarka during the months of November to February.

During these months the weather remains clear and favorable for sightseeing and exploration of some interesting places that dot the region. This is also the peak tourism season in Dwarka and the perfect time to book a Dwarka trip package with Atlas Travel.

Avoid visiting Dwarka during the monsoon season when the region remains susceptible to flooding and heavy rain showers which can even escalate to cyclonic levels.

Dwarka during summertime is not the best idea. The reason being most of these places are located in open spaces and during the summer months of April to June and early July the temperatures soar and it becomes unbearably hot to go out and explore with ease.

How to Reach Dwarka

Over time Dwarka has turned into one of the most iconic holy destinations attracting people from various pockets and corners of India and the world. This means that the modes of transportation connecting Dwarka and the rest of the world have increased over time.

Here is how to reach Dwarka

By Road: Dwarka is very well connected with a massive network of roadways. There are several private and government buses that connect Dwarka to other nearby places in Dwarka like Porbandar, Ahmedabad, Rajkot, Vadodara, etc.

There are numerous taxi services in Dwarka and Car Rental in Dwarka Gujarat which would make it easier for the tourists to get to Dwarka.

By Train: Travelling to Dwarka by train, especially if you are coming from somewhere far off, is the most budget-friendly way of traveling.

If you want to know how to reach Dwarka by train from Delhi then you should know that there are 2 trains connecting Delhi to Dwarka railway station. The nearest railway station to Dwarkadhish temple is just 3.1 kms away.

From Delhi, the train journey takes about 25 to 26 hours to reach Dwarka. You can go for the Uttaranchal Express or the Haridwar Okha Uttaranchal link express train. There are also direct trains from Delhi to Somnath.

By Flight: If you are traveling to Dwarka from Delhi then IGI or the Indira Gandhi International Airport caters to a number of flights connecting the two places.

The nearest airport to Dwarka is the Jamnagar airport which is located at a distance of 4 hours and 15 minutes.

The regular flight ticket price between the 2 places ranges from 5K to 8K. Although the ticket prices may hike during festivals like Janmashtami.

Booking a flight to Dwarka is the quickest, easiest, and most hassle-free manner of getting to your destination.

Places to Visit in Dwarka

Dwarka is a great place for the curious soul and someone who wishes to explore and get to know the culture of India on a Grassroots level. Here are some of the must-visit places in Dwarka:

Dwarkadhish Temple - Most people and devotees visit Dwarka with an aim of completing the All India Char Dham Yatra among which Dwarkadhish temple forms the westernmost end of this holy pilgrimage that covers the entire sub-continent.

The temple is an architectural marvel gracing the heart of Dwarka with a very religious and pious historical relevance. It is believed that the temple is constructed on top of the original residential place of Lord Krishna with the first-ever temple being made by his Grandson.

Other than the temple, the main attraction of the complex remains the gigantic and finely carved-out, massive structure of Lord Shiva in a peaceful and meditative pose.

Beyt Dwarka - Situated right off the coast of Dwarka is a small island called Beyt Dwarka and can be only reached via Okha by boat ride. It was here that Lord Krishna had established his home and empire once he had arrived here from Mathura, after growing up.

The main temple dedicated to the lord was made by Guru Vallabhacharya and along with the main temple, there are several other small temples dedicated to various other gods and goddesses like Lakshmi Narayan, Lord Hanuman, Lord Vishnu, and others.

Dwarka Beach - Being located on the edge of the Arabian Sea, Gujarat as well as Dwarka has many secret and popular beach spots. If you are looking to sight back and relax after a day of sightseeing then this is just the place for you.

The beach has several options for you and your family to try out delicious local Gujarati Cuisines, try out some water sports and just spend some quality time with each other.

Gomti Ghat - Located right by the fast-flowing Gomti River, is a very holy place and it is also the tributary for the holy Ganga River. Gracing the mouth of the river, this Ghat remains to swarm with devout pilgrims all year long who come here to take a holy dip into this river.

According to most historical stories and myths, Gomti River is the daughter of the great sage Vashishth, and her water force is powerful enough to clean anyone’s mortal sins.

Dwarka is a very holy destination not just in Gujarat but also in India. So it goes without saying that there are numerous temples any devout can visit and have the time of their life:

Rukmini Temple - Rukmini temple is a very small and elegantly made temple that is dedicated to Lord Krishna’s beloved, Rukmini. Built-in the 12th century, the temple is decorated with rich and finely carved out walls with intricate carvings out of the holy books.

Gita Temple - Built-in 1970 by the industrialists Birla Family, Gita Temple is a grand and opulent white marble structure which is built magnificently. The temple was made with the intention of preserving the teachings and values in the holy Hindu book of Gita.

Bhadkeshwar Mahadev Temple - Dating back to 5,000 years ago, the temple is dedicated to Lord Shiva and is built around the self-manifesting Jyotirlinga in the Arabian Sea. During the monsoon, the temple gets entirely submerged in water and is only visited during the low tides.

Gayatri Shaktipeeth - Situated in Ratneshwar road this humble little temple is dedicated to Goddess Gayatri. It is of huge importance to the Hindus and especially the royals since it was built by princess Gayatri. This temple should definitely be included in your Dwarka Somnath. 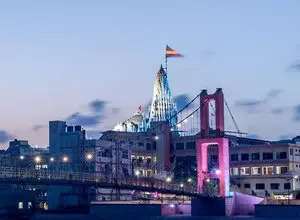 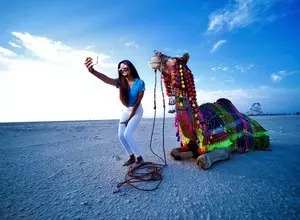 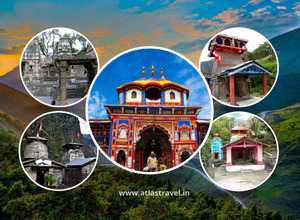 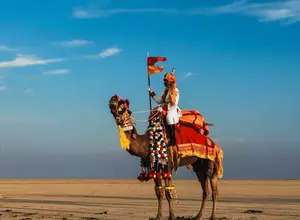 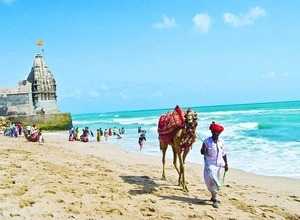 Q.How Many Days Is Required To Visit Dwarka?

A. 12 hours or one day is more than enough for a Dwarka visit.

Q.What Are The Temple Timings For Dwarkadhish Temple?

A. Yes. The nearest airport to Dwarka is located in Jamnagar.

A. The lord moved to Dwarka after announcing his renunciation from war.

Q.How Much Time Does It Take To Visit The Whole Of Dwarka Temple?

A. It takes about 30 to 40 minutes to visit the Dwarka temple and offer your prayers there.