About Haridwar Holidays - Haridwar is a holy town that is located on the right bank of the holy Ganga River and on the foothills of the Shivalik Ranges. Haridwar tour package by Atlas Travel will take you on a spiritually evoking journey to the largest city in the district. It is a holy place for the Hindus and they host every major and minor religious event like the Kumbh Mela. Haridwar package never seemed better since Atlas Travel will ensure you check out all the important places of tourist attraction.

Taking a dip in the holy Ganga during the Haridwar trip is believed to wash away all your sins and grant you Moksha or freedom from the karmic cycle of birth and rebirth. Along with being the passage to the holy Char Dham Yatra of Uttarakhand, it is also home to one of the holiest Ghats in India, Har Ki Pauri. A proper Haridwar tour plan will ensure smooth transfers, a visit to some of the holiest places in India, and a glimpse into the ancient mystical charm which India is famous for.

The name Haridwar is a combination of 2 Sanskrit words, Hari meaning Lord Vishnu and Dwar meaning the gateway, which together forms the gateway to Lord Vishnu. This name is given since Haridwar, a town that is over 4,000 years old, is a prominent first stop to get to the home of Lord Vishnu or Badrinath.

Haridwar has been mentioned in several sacred Hindu literary sources as Mayapuri, Gangadwar, and Kapil Asthana. There have been archeological findings that proved a terracotta culture had thrived in this region during the 17th and 12th-century.

Chinese traveler Hiuen Tsang visited Haridwar in 629 AD and described it as a very important holy place for the Hindus Visit Haridwar with Atlas Travel on a spiritual and historical experience of a lifetime.

Haridwar is mainly famous for the Ganga Aarti that takes place in Har Ki Pauri every day after sundown from 6 to 7. The head priest among their other priests performs the Aarti, Sing Vedic Chants, and devotional songs.

People then go ahead and float away from the Diya with flowers and incense sticks into the Ganga River asking for some good fortune and the blessings of the goddess.

Mythological Significance of Har Ki Pauri - The Har Ki Pauri Ghat was built in the 1st century by Raja Vikram. His brother used to perform regular prayers for Lord Vishnu here. Vishnu, impressed by his sincerity decided to show up in front of him and offer him his blessings.

It was here that Lord Vishnu had set foot on earth. Hence the place is named Har Ki Pauri meaning the footsteps of the Lord.

Har Ki Pauri Aarti Timings - The evening Aarti starts every day at 6 pm and goes on for an hour till 7 am. In the morning it starts at 5:30 and goes on till 6:30 am.

October to February is the best time to visit Haridwar. The weather remains very cool and pleasant enabling you to travel and explore as many and as many places as possible. Being situated not very high on the hills, its temperature ranges from 30 to 20 degrees Celsius on average.

It would be easier for you to explore Haridwar during the autumn-winter time since it gets extremely hot and unbearably uncomfortable during the peak summertime.

Traveling to the hills during monsoon time is not recommended since there may be chances of the Ganga River overflowing and causing floods and landslides.

How to Reach Haridwar from Delhi

Being an important pilgrimage destination for the Hindus, Haridwar is easily and very conveniently reachable from different parts of India. At Atlas Travel, you can easily book a Haridwar tour package from Delhi, Surat, Mumbai, Bangalore, and other places.

Here are some of the most sought after ways to get to Haridwar from Delhi:

By Road: If traveling from Delhi to Haridwar, then it is best to take your private car since the drive up to Haridwar is not difficult and the hill driving is minimal. Haridwar is 240 kms away from Delhi and takes 5 hours to reach.

Picking the Delhi to Haridwar tour package by car offered by Atlas Travel will take you on a smooth, hassle-free, and comfortable holiday in Haridwar.

There are private and government bus services available from Delhi’s Kashmere Gate and Anand Vihar ISBT. These buses run on a daily and regular basis without fail. Getting to Haridwar via a bus from Delhi is the cheapest way.

Some people also book their bus tickets from the RedBus app for more convenience.

By Train: Haridwar has its own railway station called Haridwar junction station, which caters to trains connecting from various parts of India to enable as many pilgrims and devotees to visit the holy town as possible.

From Delhi, trains to Haridwar also take almost the same amount of time as the road trip which is 5 to 6 hours. Weekly there are 16 trains for Haridwar from Delhi and Ujjaini express is considered to be the fastest one.

Other than the buses, trains are also very budget-friendly and the tickets can be booked on the official IRCTC website.

By Flight: The nearest airport for Haridwar is located in Dehradun which is the jolly grant international airport. There are many taxi and cab services available that connect the airport to Haridwar and it takes 45 minutes to an hour to get there.

Places to Visit in Haridwar

A trip to Haridwar is often included in the Haridwar Rishikesh tour package price which makes the whole trip extremely spiritual and memorable at the same time. Here are some must visit places to visit in Haridwar:

Har Ki Pauri - Har Ki Pauri is an extremely famous Ghat located on the banks of the Ganga River. This place is a major landmark whose name means the steps of god. During the Vedic time, Lord Brahma had visited the Brahma Kund here making it extremely pious.

Shri Mata Mansa Devi Mandir - Dedicated to Mata Mansa Devi, the temple is located on top of the Bilwa Parvat and Siwalik Hills. It is the home of Mata Mansa who is a form of Sati and is said to have emerged from the mind of Lord Shiva.

Haridwar has over 100 small and large Ghat for Snan and Offering prayers to goddess Ganga. However, there are 4 main Ghats of Haridwar that are:

Har Ki Pauri - This Unmissable landmark heritage Ghat of Haridwar occupies the center stage here and is also popular as a Brahma Kund. During the Maha Aarti in the evening, the Ghat lights up with Diyas, and Aarti is performed with devotional music and chants.

Gau Ghat - This Ghat is named after the wish-granting cow which is traditionally known as Kamdhenu. The people take their dip in this Ghat asking for forgiveness for the sin of cow killing after performing cow sacrifices here.

Asthi Pravat Ghat - As the name may suggest, people here bring the ashes after the cremation of their loved ones and release them into the holy waters of Ganga from this Ghat. It is situated in the south of the Ganga temple.

Subhash Ghat - This is one of the many famous Ghats of Rishikesh. Located very close to Har Ki Pauri, near the Ghat there is also a voluntarily organized Sewa Samiti that offers dispensary services for the pilgrims. 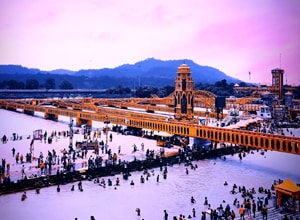 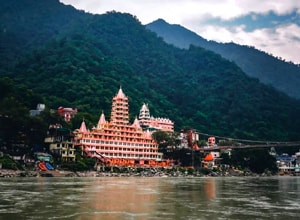 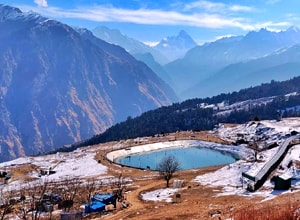 Q.What Is the Trip Cost of Haridwar Rishikesh 3 Day’s Package?

A. Yes. Haridwar is a holy town and is a very safe place. Just stay aware of the pickpockets in crowded areas.

Q.How Many Days Are Enough For Haridwar?

A. 1 day is enough in Haridwar but for a more immersive experience, 2 to 3 days are more than enough.

Q.How Far Is Nainital From Haridwar?

Q.Can We Carry Alcohol In Haridwar?

A. The sale and consumption of Haridwar are strictly banned in Haridwar.