Myanmar or also known as Burma this Southeast Asian nation is riddled and laced deeply with age-old traditions and is popular for being a melting pot of cultures and various ethnicities. One can witness magnificent pagodas and enchanting structures on the Burmese landscape which seem like they have been frozen in time. Dotted with ancient temples and monasteries Myanmar is known for its intense spirituality and strong feeling of devotion.

Burma is an ultimate feast for the travellers and visitor’s senses due to its unique sense of lifestyle and rich vibrant traditions. The perfect getaway option for couples and family vacationers Myanmar is home to a number of relaxing and rejuvenating options. The serene beaches, ornate structures, buzzing nightlife and exciting flea market is what sets Myanmar a class apart than the rest of the world.

Set against the backdrop of clear blue water and clean skies, our travel package to Myanmar will take you across some of the chief destinations like – Inle Lake, Mount Popa, Kyaiktiyo Pagoda, Sule Pagoda, Ananda temple and Maha Bandula Park among a list of numerous others. Designed keeping in mind your convenience we have curated our tour packages to Myanmar covering pristine beaches, spiritual temples, majestic lakes and other local touring activities which will make sure that you have the time of your life. The entire region is filled with a rich collection of flora and fauna which include lush green covers of oak, pine and rhododendrons and all this is accompanied by a magnificent wildlife selection of leopards, elephants, antelopes, flying foxes and turtles among others which you can experience during your safari expedition. Myanmar’s simplistic way of life, blissful beaches and jostling streets which are lined with unmatched natural greenery makes this place extremely unique and fun to explore. 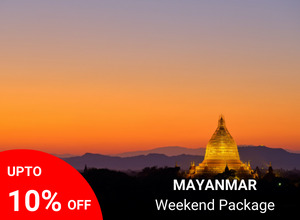 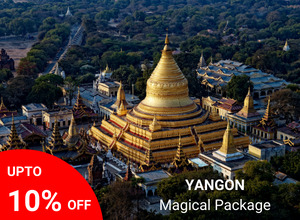 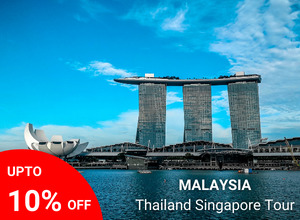 Q.What is the price of a Myanmar trip to India?

A. A Myanmar trip from India is affordable and inexpensive. Myanmar tour package ranges from 15K rupees to 50K rupees.

Q.Are there direct flights from India to Myanmar?

Q.Can I get a visa on arrival in myanmar?

A. People travelling to Myanmar can only get a visa on arrival for tourism and business trips like seminars etc.

Q.What are some famous tourist places in Myanmar?

A. Shwedagon pagoda, inle lake, ngapali beach, anand temple, U bein bridge, mandalay etc. are some of the famous tourist places in Myanmar.