Surrounded by the state of West Bengal and situated in the eastern end of India, Orissa or Odisha is known for its pristine beaches, lush greenery and numerous impeccable heritage sites. In the past, this place was the ancient kingdom of Kalinga which was once invaded in 261 BCE by the Mauryan emperor Ashoka. Archeologists and historians have discovered a number of lower Paleolithic tools and items which makes sure that this region has always been inhabited by humans making Orissa a cultural heritage of India.

The entire landscape of Orissa is dotted with a number of ancient temples and monuments of historical relevance. In case you are looking to discover and explore this land of incredible wonders we bring to you a number of Orissa tour packages at the cheapest and the most affordable rates. You will not be required to spend a lot to have a lifetime worth of memories. You can choose from a plethora of affordable tour packages like – Orissa heritage tour package, Orissa wildlife travel package, eastern golden triangle package and so much more that a good time is guaranteed. Each of our packages are created keeping in mind the convenience for our clients.

The unparalleled serenity and a feeling of deep spiritualism that Orissa has to offer cannot be compared to anywhere else in the world. From the cascading waterfalls to the lush greenery of the surroundings and from the thriving selection of flora and fauna to the mesmerizing hills of the Eastern Ghats, Orissa is truly every traveler’s dreamland. During your visit to Orissa, you will be greeted with regal and opulent monuments and temples that seem like they have been frozen in time. We bring to you an opportunity to discover this land of diverse cultures and a unique heritage. 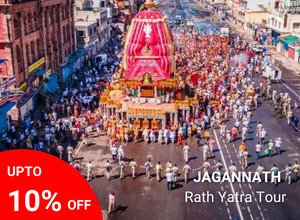 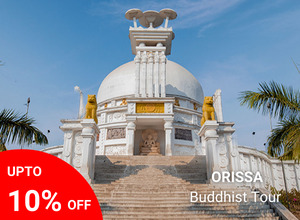 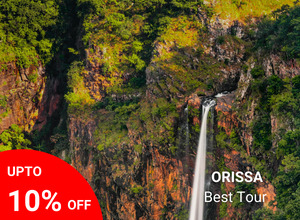 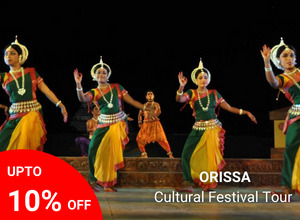 Q.How much will an orissa tour package cost on an average?

A. On an average a typical orissa tour can cost up to 40K rupees depending on the number of days.

Q.When is the best time to visit Odisha?

A. The best time to visit odisha is during the winter months of October to mid-march when the weather is cool and pleasant.

A. The odisha golden triangle consists of visits to 3 of the most iconic temples here that are: Konark, Bhubaneshwar and puri.

Q.What can i buy in odisha?

Q.What are some famous odissi foods?

A. Some of the most famous must try odissi cuisines are: pitha, rasabali, gupchup, pakhala bhata, pilaf, santula etc.