Named after goddess Devi Kanya Kumari and pleasantly progressing into the Laccadive sea on three sides and popular for its glorious sunsets, the coastal town of Kanyakumari is the southernmost tip of the Indian subcontinent and is known for not only its magnificent views but also it unparalleled spirituality. Not only is this city known for being on the southernmost tip but it is also the Southern tip of Cardamom hills.

The entire city is blessed with a bountiful landscape making it one of the most sought-after tourist locations for every type of traveler. This place is also one of the prime pilgrimage destinations in India for Hindus as well as Buddhists due to the presence of the iconic Thiruvalluvar statue and the famous Vivekananda rock memorial.

The holy city is also known for its pristine beaches and picturesque views which are extremely serene and offers its visitors some much-needed peace of mind. Our comprehensive collection of Tamil Nadu tour packages, temple tour packages and South India palaces tour packages ensures that you experience Kanyakumari like never before. Each of our packages is tailor-made to cater to all your needs and customize it as per your whim. This place is also a wonderful mosaic of various cultures, beliefs and traditions. Being located close to the sea Kanyakumari experiences extremely pleasant weather conditions making it comfortable to visit anytime throughout the year. Some of the most popular tourist attractions of Kanyakumari include – Kumari Amman mandir, Sri Padaparai, Gandhi memorial and Kanyakumari beach. Slowly but steadily Kanyakumari has become one of the most prominent tourist and spiritual hubs in India where people visit to savor some of the most astounding views of the surroundings and meditate in peace to clear their mind. 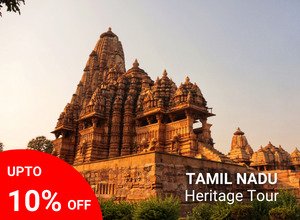 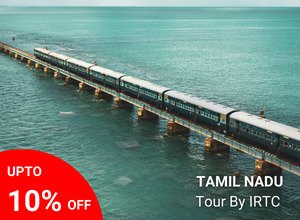 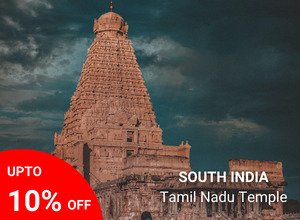 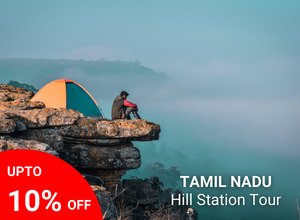 Q.How much does it cost to visit Kanyakumari?

A. A typical kanyakumari tour package can cost anywhere from 15K rupees to 30K rupees, depending on the number of places and days you are travelling for.

Q.How many days are enough to explore Kanyakumari?

A. 3 days are sufficient to check out all the famous places in Kanyakumari.

Q.What is special about kanyakumari?

A. Other than being the last point of the indian subcontinent, kanyakumari is the only place where tourists can see sunrise sunset and moonrise all simultaneously from the ocean.

Q.How far is kanyakumari from Chennai?

A. The distance between the two places is over 700 kms.

Q.Is it safe to travel to Kanyakumari?

A. Yes. kanyakumari is absolutely safe for tourists.