Char Dham Yatra is one of the most sacred and holy pilgrimage journeys in the world. Covering this journey is believed to wash away the sins and end the karmic cycle of birth and rebirth hence giving the pilgrims complete moksha. The gates of the Char Dham Yatra open up during the summer months during the eve of Akshaya Tritiya and shuts down 2 days after Diwali during the day of Bhai Dooj. After 6 months of extreme spiritual activities the temple Kapat shuts down for Darshan and the presiding deity is shifted to their respective winter abodes. The cost of this pious and sacred Yatra is affordable and available at some of the cheapest rates. 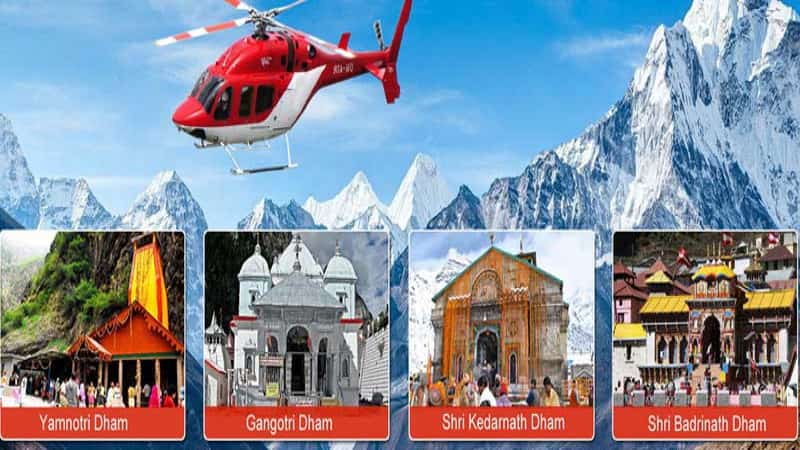 In case you decide on booking a Char Dham Yatra by helicopter then you will be required to first travel till Dehradun, Haridwar or Rishikesh. The general route which will be followed after reaching Dehradun / Rishikesh or Haridwar will be as follows – Kharsali – Yamunotri – Gangotri – Harsil – Guptkashi – Kedarnath – Guptkashi – Badrinath.

There are numerous char dham yatra packages by helicopter available which will prove to be extremely cost effective and will take lesser time to complete the entire yatra. The approximate per pilgrim cost ranges from rupees 1,30,000/- to rupees 2,60,000/-.

If you are planning on completing the Char Dham Yatra through public transportation then you will have the option of choosing from GMOU bus and taxi services. The costs of these vehicles depend on the starting point of your journey. The basic route map of Char Dham Yatra which is followed by all the public buses and taxis are as follows – Haridwar – Barkot – Yamunotri – Uttarkashi – Gangotri – Guptkashi – Kedarnath – Badrinath – Rishikesh.

There are several stay options available all along the Char Dham Yatra route. The categories of the hotels on the Char Dham Yatra route range between deluxe, luxury and budget. There are also lodges and ashrams available for the convenience of the Yatri on your way. Accommodation prices in these hotels range from INR 100-200 and goes up till INR 2000 per room. Yatris are expected to make prior bookings for these hotels in order to avoid any sort of inconvenience and also because during the Yatra season all the hotels fill up fast and it gets very difficult to find a hotel on the spot.

We hope that this guide concerning the rates and costs of the Char Dham Yatra proves to be helpful for your future spiritual endeavours.

If you’re tired of plane and car travel and are looking for a totally new and different experience for your next vacation, a cruise might be the perfect answer. Cruises are available from most every large port city in the world, but also at lots of smaller port cities as well. Where you embark on […]

How to Prepare For Kedarnath Yatra

Places to Visit in Sikkim